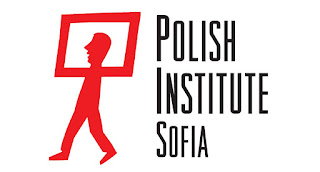 The Performers / The Composers

Andrzej Karałow (b. 1991) is Polish pianist, composer, improviser and doctor of musical arts. He is currently a lecturer at the Fryderyk Chopin University of Music in Warsaw, where he graduated in piano and composition.
He is a laureate of many national and international piano competitions, as well as of several scholarships, including the prestigious Young Poland Scholarship and the Prize of Ministry of Culture and National Heritage in Poland. He has performed at prestigious venues in the country and abroad as a soloist or accompanied by renowned orchestras like the Warsaw Philharmonic, Sinfonia Varsovia and the Polish Radio Orchestra. Equally successful as a composer, he is a prize winner of national and international composition competitions (including Bartók+ Opera Festival in Hungary, Karol Szymanowski International Composition Competition in Katowice, Ablaze Records Call for Electronic Works). For the 2018/2019 season, he was selected to work with the London Philharmonic Orchestra during the LPO Young Composers Programme, which resulted in a premiere performance of his orchestral work Veins in Southbank Centre in London.
He has released four albums so far. The first one, Wir (The Vortex), was releasedby Requiem Records in 2018. It consists of free-improvised electroacoustic works performed in duo with music producer Jerzy Przeździecki. The second one, After All (2019, Requiem Records), is a saxophone and piano recital with music from the 20th and the 21st centuries, recorded in duo with Spanish saxophonist Pablo Sánchez-Escariche Gasch. The third CD, Through (2019, DUX), is a portrait album with some of Karałow’s chamber works. The fourth CD is the recently released concert album Pedestal’s Complement (2020, Bocian Records), once more in duo with Jerzy Przeździecki.
His works are performed at concert and festival programmes in the USA, the UK, Australia, Canada, Spain, Germany, France, Russia, Italy, Estonia and Hungary. Recordings of his works and several performances of him as a pianist have been released on over 10 CD albums by such labels as Ablaze Records (USA), DUX, Chronicles of Warsaw Autumn and others.
He is co-founder and member of Ensemblage Foundation, which promotes new music and performers. He is also a member of the association of Polish authors ZAiKS, as well as the Youth Circle Polish Composers Association in Warsaw. He is also co-founder of the internet magazine Spektrum, which is focused on new art.
Although classical music is the main field of his activity, Andrzej Karałow is also open to experiments in the electronic and alternative genres, combining techniques and inspirations from various fields of art into his own unique musical language. 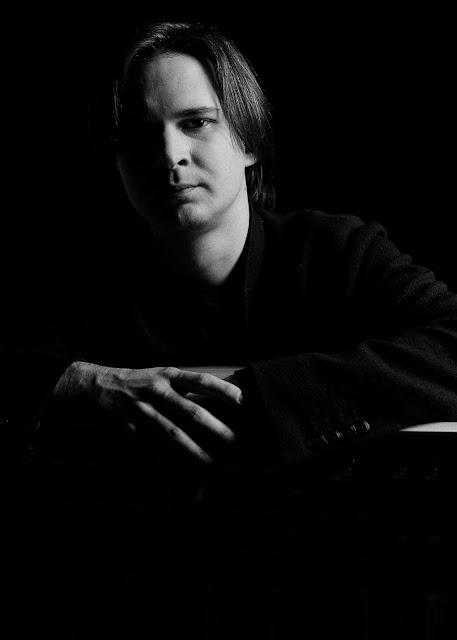 The analogue techno maverick Jerzy Przeździecki (b. 1973) is one of the more powerful and uncompromising voices on the electronic music scene of the former Eastern Bloc. He lives and works in Warsaw.
Bred throughout the 90s on a varied diet of first wave techno, new beat and post-industrial mutants like SPK or Psychic TV, he developed his own vision of highly intricate and detailed yet definitely danceable, funked-up techno for connoisseurs of the genre.
Actively involved in producing music for over two decades, he started his career with the world-touring Bigwigs, later to release his solo and collaborative music on such labels as Cocoon, Whirlpoolsex, Synewave, Recognition, Nachtstrom Schallplatten or Affin. His productions have been appreciated and played by numerous DJ/producer heavyweights including Laurent Garnier, Oliver Ho, Joey Beltram and DJ Hell, while Depeche Mode’s Martin Gore included Jerzy’s track in the band’s tour DJ set. Currently, he has recorded two quite successful EPs with Jacek Sienkiewicz as a duo Tumult Hands. He has also been quite busy focusing on his long-running Epi Centrum project whose LP is out on Damon Wild’s Synewave Records.
Jerzy Przeździecki devotes most of his time to studying the arcanes of deep composition and researching the possibilities of various legendary studio gears, such as Buchla’s modular Morton Subotnick-designed System 200e. 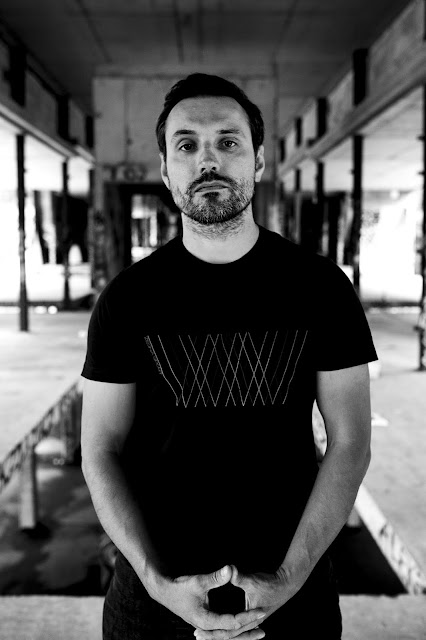 Part I: Self-Portrait – Celestial Delusion
In this new piece of mine I wanted to transfer us to another world with experiences from the present one. We see here new landscapes, plants, life. The composition shows us a specific image, the world, and it is a dreamy projection of abstract shapes, sets of colours and associations. We confront them with memories of the fall of nature and the dark consequences of the actions of our species. A newly discovered world appears here, you might say – an imagined one. Facing a new creation resembles going through a symbolic portal. Post-apocalyptic memories are blending with the unreal world, a kind of utopia – we fall into a trance while experiencing everything new that surrounds us. It is difficult to describe the multitude of sensations seen through the human eyes and experienced by every single sense. The new planet may appear as a salvation, but also as a repetition of the dark prophecy.
Celestial Delusion is also a personal journey and a reflection. It creates an abstract set of shapes, colours and landscapes of the new world or the experiences and memories that brought us there. A journey from the fall of civilisation and nature to the observation of new flora and fauna, new suns, passing through the unknown colours of the night. A journey to the memories of a Home that is appearing at the same time here – very close, as well as far away.
Andrzej Karałow

Part II: Double Self-Portrait – Free Improvisation Set
A story, just the same as improvisation, should give an impression of a spontaneous stream of events. A good speaker can draw his listeners into a colourful flow of events the resolution of which they would impatiently await.
So far, we have released two CDs together: the studio album Wir (The Vortex), issued by Requiem Records, and the live concert album Pedestal’s Complement, issued by Bocian Records. Entirely improvised, they guide us through stylistically diverse moments during which we give in to the attempt to create our own world. A world in which colour is the dominant forming element of our common musical language. Wandering through the internal sound landscapes of such instruments as the Buchla Music Easel synthesizer, modular synthesizer, piano or DSI Prophet 6, we accept the challenge to map these seemingly different musical lands and merge them into a single, organic whole.
The whole set of the second part of the concert programme will be fully improvised, played „from scratch”; that means, that every performance is unique.
Andrzej Karałow / Jerzy Przeździecki 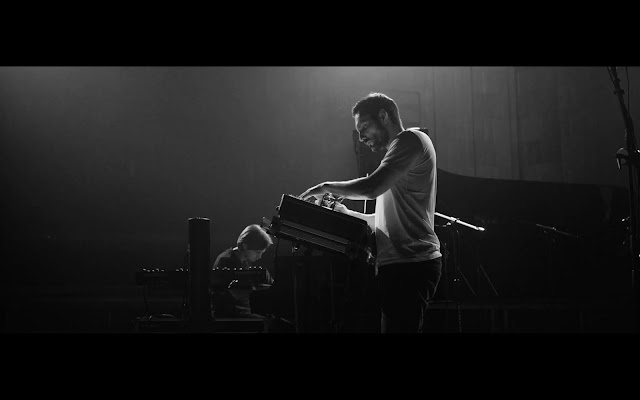