Ines Simeonova was born in Dobrich (Bulgaria). She graduated in 2013 from the “Lyubomir Pipkov” National School of Music in the class of Mariana Shikova (Piano). In the same year, she was admitted to the “Prof. Pancho Vladigerov” National Academy of Music (Sofia), where she is currently studying piano under Prof. Borislava Taneva, PhD.
She has been awarded numerous prizes from piano and chamber music competitions in Bulgaria, Romania, Germany and the USA.
Over the years she has been an active participant in the master classes of many famous piano professors in Bulgaria and abroad, including: Hiroaki Takenouchi, Ian Jones, Igor Petrin, Daniele Petralia, Naum Grubert, Marco Perini, Marina Horak, Fulvio Turisini, Natalia Trull, Tamara Poddubnaya, Sachiko Kodama, Peter Donohoe, Joan Havill, Andrew Johnston, Milena Mollova, Ludmil Angelov, Viktor Chuchkov, Zheni Zaharieva and others.
Ines Simeonova has also taken part in many concerts in various venues within Sofia, including: Studio 5, Bulgarian National Radio Concert Studio, “Lyubomir Pipkov” National School of Music – Concert Hall, Bulgaria Hall, National Palace of Culture and others. 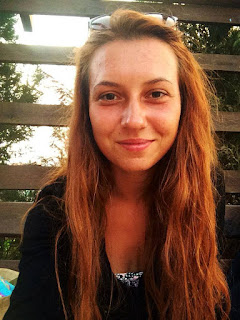 Stiliyana Ivanova was born in 1992 in Stara Zagora (Bulgaria). She graduated from the "Christina Morphova" National School of Music and Performing Arts (Stara Zagora), where she studied Piano with Mariana Marincheva. Currently, she is a student at the "Prof. Pancho Vladigerov" National Academy of Music under Prof. Stella Dimitrova-Maystorova and Assos. Prof. Iliya Chernaev. She has participated in a number of master classes given by Prof. Dimo Dimov, Prof. Atanas Kourteff, Prof. Borislava Taneva, Prof. Milena Mollova, Aglika Genova and Lyuben Dimtrov.
She has been awarded prizes at international competitions including: Classical and Contemporary (Stara Zagora, 2004 – third prize, 2008 – first prize), "Franz Shubert" (Rousse, 2009 – second prize), "Svetoslav Obretenov" (Provadia, 2012 – first prize), "Brahms – Rachmaninov" Academic Competition (Sofia, 2013 – special prize), Sixth Academic Competition for Chamber Music (Sofia, 2014 – second prize).
She has performed as a soloist with the Orchestra of the State Opera in Stara Zagora, the Sliven Philharmonic Orchestra and the Academic Symphony Orchestra of the "Prof. Pancho Vladigerov" National Academy of Music in Sofia. 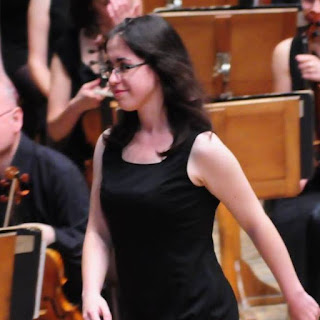 Petar Karagenov was born in Sofia in 1993, to a family of musicians. He graduated from the National School of Music and Dance Art (Plovdiv), where he studied Piano with Stella Oslekova. Since 2012, he has been a student at the “Prof. Pancho Vladigerov” National Academy of Music (Sofia), where he studies in the class of Prof. Stella Dimitrova-Maystorova.
He has participated in master classes given by famous foreign and local professors – Atanas Kourteff, Tamara Poddubnaya, Milena Mollova, Bozhidar Noev, Georgi Slavchev, Anna Petrova, Teresa Trevisan, Flavio Zaccaria, Aglika Genova and Lyuben Dimitrov.
Petar Karagenov has won awards from prestigious national competitions, among them: “Lyuba Encheva” Special Prize at the Academic Piano Competition (Sofia, 2014) and the Special Prize of Bulgarian Ministry of Culture at the “Liszt – Bartók” International Piano Competition (Sofia, 2015).
He has been a regular soloist with the Vratsa Symphony Orchestra and the Plovdiv Symphony Orchestra, as well as with the Academic Symphony Orchestra of the “Prof. Pancho Vladigerov” National Academy of Music.
In 2013, 2014 and 2015, he took part in the International Festival of Contemporary Piano Music ppIANISSIMO. 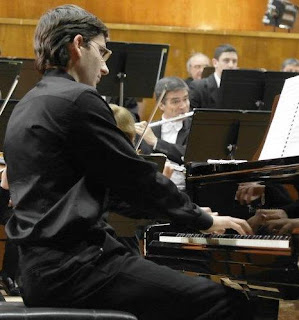 Gergana Nestorova was born in Nessebar (Bulgaria). She graduated in 2008 from the “Prof. Pancho Vladigerov” National School of Music and Stage Arts (Burgas), where she studied piano with Julia Nenova. From 2008 to 2013 she was a student at the “Prof. Pancho Vladigerov” National Academy of Music (Sofia) under Prof. Marina Kapatsinskaya. In 2013 Gergana earned her Master’s Degree and now she is a PhD candidate at the same Academy.
In 2010 she participated in the master class of Prof. Dmitri Bashkirov as a part of The International Summer Academy in Salzburg, Austria. She has won awards from international competitions in Bulgaria, Rumania, France and Italy.
Gergana Nestorova has had various concert performances both as a soloist and as a chamber musician. She has participated in the European Music Festival (2013), ppIANISSIMO International Festival of Contemporary Piano Music (2011 and 2015), the Concert for the 90th Anniversary of National Academy of Music – Sofia (2011). She has also performed as a soloist with the Sofia Philharmonic Orchestra, Sinfonietta – Vidin, Burgas Philharmonic Orchestra and the Academic Orchestra of the National Academy of Music.
She has recorded for Bulgarian National Radio and Bulgarian National Television. 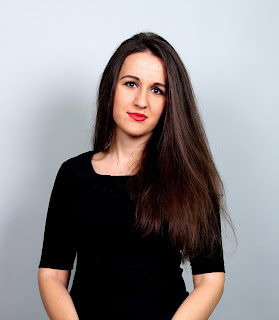 Lili Bogdanova was born in 1994 in Sofia. She graduated from the “Lyubomir Pipkov” National School of Music (Sofia), where she studied piano with Emiliya Kaneva. Currently she is a student at the “Prof. Pancho Vladigerov” National Academy of Music (Sofia) in the piano class of Prof. Borislava Taneva, PhD. She has participated in numerous master class given by famous foreign and local musicians. She has won many prizes from international piano competitions in Bulgaria, Romania, Cyprus, Morocco, Italy, the Czech Republic and the UK.
She has been the soloist of many orchestras, such as the New Symphony Orchestra (Sofia), Classic FM Orchestra (Sofia) Sinfonietta – Vidin (Bulgaria), Sinfonietta – Athens (Greece), Columbia County Chamber Orchestra and CCYO – Georgia (USA). She has given solo recitals in Bulgaria, Greece, Switzerland, Luxemburg, Italy, the UK and the USA.
In 2014, with a concert at the Young Music Talents Festival in “Bulgaria” Chamber Hall, Lili presented her debut CD – Le Fille aux cheveux de lin – with pieces by Franck and Debussy. At the beginning of 2015 she was awarded with the prestigious prize Young Musician of the Year (for 2014), awarded by the Allegro Vivace broadcasting programme of the Bulgarian National Radio. A couple of months later she was awarded with a scholarship by the Euro Atlantic Art Foundation to take part in the International Summer Academy of Music in Ochsenhausen (Germany).
During the academic year 2015/2016 Lili went on an “Erasmus+” Programme to continue her education at the “Vincenzo Bellini” Institute of Music in Catania (Italy), where she studied with Daniele Petralia. 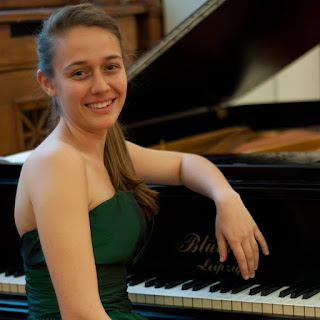