Kersten McCall, principal flutist of the Royal Concertgebouw Orchestra Amsterdam since 2005, grew up as the son of composer Brent McCall in Donaueschingen, where the Donaueschingen Festival of contemporary music is still held every October. It was in this rich musical environment that he took up the flute at the age of nine. He later studied with Felix Renggli at the Schaffhausen Conservatory in Basel and with Renate Greiss and Aurèle Nicolet at the High School of Music in Karlsruhe. He won the first prize at the 1997 Kobe International Flute Competition in Japan and the third prize at the 2000 ARD International Music Competition.
He served as principal flutist of the Radio Symphony Orchestra Saarbrücken and was invited as guest principal flutist to orchestras such as the Berlin Philharmonic, the New York Philharmonic, the Bavarian Radio Symphony Orchestra and the Chicago Symphony Orchestra. As a soloist he played with the Royal Concertgebouw Orchestra, the Camerata Academica Salzburg, the Radio Symphony Orchestra Saarbrücken, the Sharoun Ensemble and many others, with conductors such as Kurt Masur, Sándor Végh, Martyn Brabbins, Michael Stern, Petr Altrichter and Ruben Gazarian.
In 1996, he founded the ensemble for contemporary music and performance est!est!!est!!!, which won several prizes in Germany. Kersten McCall is also a member of the Linos Ensemble and is currently teaching at the Sweelinck Conservatoire in Amsterdam. 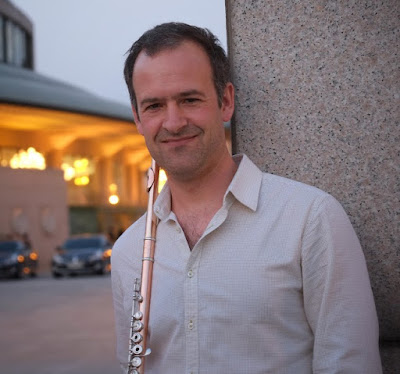 Kamelia Miladinova was born in Kyustendil (Bulgaria) and had her first piano lessons at the age of six. She studied at the “Lyubomir Pipkov” National School of Music and at the “Prof. Pancho Vladigerov” National Academy of Music in Sofia with Prof. Stella Dimitrova-Maystorova. While still a student, she made her debut with the Sofia Philharmonic as a soloist in Prokofiev’s Third Piano Concerto. Later, she was awarded the Debut Prize of the Bulgarian National Radio. In 1994, she was a prize-winner at the Eduard Flipse Piano Competition in the Netherlands, including the prize for the best performance of contemporary Dutch piece (Spank by Robert Zuidam).
Kamelia has lived in the Netherlands since 1997. She studied at the Royal Conservatoire in The Hague with Geoffrey Douglas Madge and there she earned her Master Degrees for Piano and Piano Coaching, focusing on working with singers and instrumentalists. She has worked with musicians such as Geörgy Kurtág, violinist Herman Krebbers, soprano Elly Ameling, fortepianist Bart van Oort and, more recently, the legendary flutist Sir James Galway.
Since 2003, she has been a piano coach at the Royal Conservatoire in The Hague. Through the years she has frequently appeared as a soloist and performed in various chamber music ensembles, as well as accompanying singers and operas. She recently took part in several editions of the ppIANISSIMO International Festival of Contemporary Piano Music together with flutist Kersten McCall and pianist Ralph van Raat.
Kamelia Miladinova is currently accompanist at the Grolloo Flute Sessions in the Netherlands. Since 2015, she has also been a resident pianist at the Galway Flute Festival in Weggis, Switzerland. 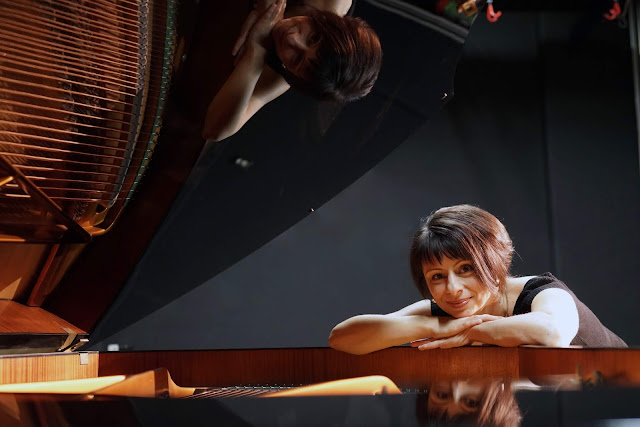