Two Spatial Studies
for two pianists on a grand piano and tam-tam (2017) **
And Only the Time...
In the Existence
performed by: Alexandra Dicheva and Mila Mihova


Alexandra Dicheva was born in Yambol in 1996. She graduated from the “Vasil Karagyozov” Language High School (Yambol) and is currently a student at the “Prof. Pancho Vladigerov” National Academy of Music (Sofia) in the piano class of Prof. Borislava Taneva, PhD. She has participated in master classes of eminent musicians, including: Rostislav Yovchev, Lyudmil Angelov, Lilia Boyadjieva, Marcus Prause, Marina Pliassova, Agathe Leimoni, Rafael Salinas and Michael Wladkowski.
She is a laureate from national and international competitions, such as the International Competition VIVAPIANO (Sofia), the International Piano Competition “Andrey Stoyanov” (Sofia) and the International Youth Music Competition Hopes, Talents, Maters (Dobrich).
In November 2016, she put on a solo recital including pieces by Frédéric Chopin, Sergei Rachmaninov, Alexander Scriabin, Sergei Prokofiev and Andrey Stoyanov. 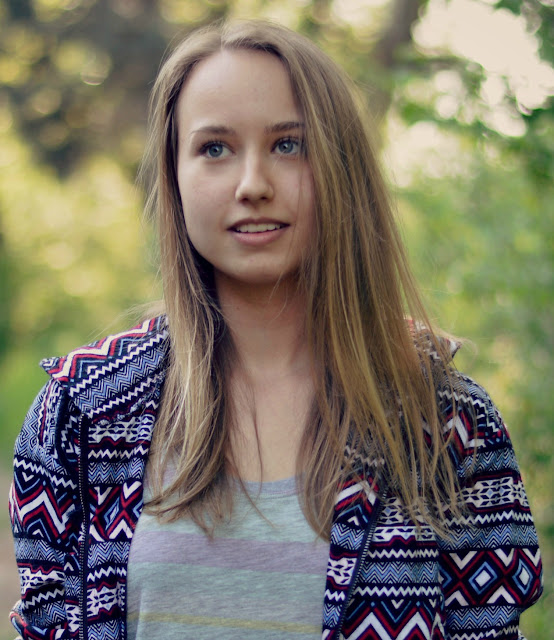 Mila Mihova was born in 1997 in Veliko Tarnovo. She graduated from the “Lyubomir Pipkov” National School of Music in the piano class of Emiliya Kaneva. Currently, she is a student at the “Prof. Pancho Vladigerov” National Academy of Music in the piano class of Prof. Borislava Taneva, PhD. She has participated in numerous master classes given by famous musicians, such as Lyudmil Angelov, Milena Mollova, Balázs Szokolay, Marina Pliassova, Aleksander Hinchev and Elena Ashkenazy.
She has won many prizes from national and international competitions in Bulgaria, Czech Republic, Macedonia, Romania and Serbia. Mila has had various concert performances both as a soloist and as a chamber musician. She has performed as a soloist with the Vidin Sinfonietta and the Athens Sinfonietta. She has taken part in the 2015/2016 New Year Festival in Sofia (in the Music for Children concert), in the Musica Mundi International Festival of Chamber Music in Belgium (2014) and in the ppIANISSIMO International Festival of Contemporary Piano Music (2013). 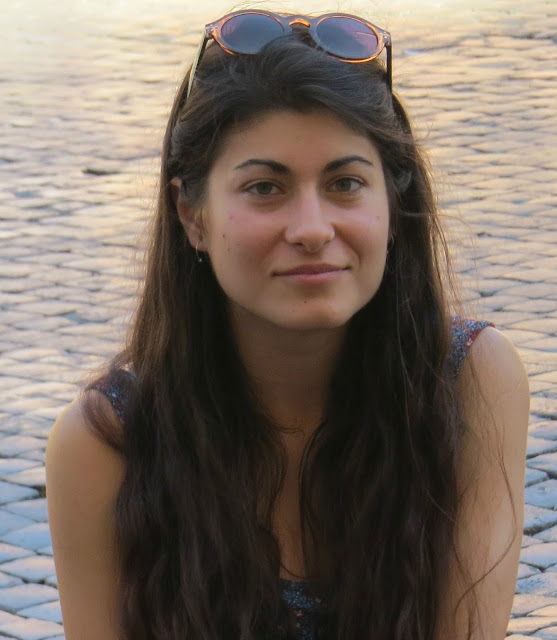 Angel Nikolov was born in 1994. He graduated from the “Lyubomir Pipkov” National School of Music (Sofia) studying piano with Boyan Batchvarov, Mario Angelov and Assoc. Prof. Alexander Vasilenko. Currently, he is a student at the “Prof. Pancho Vladigerov” National Academy of Music in the piano class of Prof. Borislava Taneva, PhD. Additionally, he has participated in the master classes of Lyudmil Angelov, Bernd Glemser, Yuri Bogdanov, Raquel Boldorini, Lilia Boyadjieva, Daniele Petralia, Michielle Rosetti, Rafael Salinas, Agate Leimoni, Marina Pliassova and Milcho Leviev.
As a composer and a performer Angel has participated and received multiple awards in number of music competitions in many cities in Bulgaria and abroad, including the exclusive award for jazz composition “Nathalie Voyatzis” at the International Competition From Bach to Jazz in Paris (2015).
From March 2015 to January 2016, he was a member of the Bulgarian National Radio Symphony Orchestra and participated actively in all performances of the orchestra in this period. In the summers of 2015 and 2016, he participated in the International Jazz Festival in Bansko. As a pianist, He too part in several productions of the Sofia Puppet Theater. 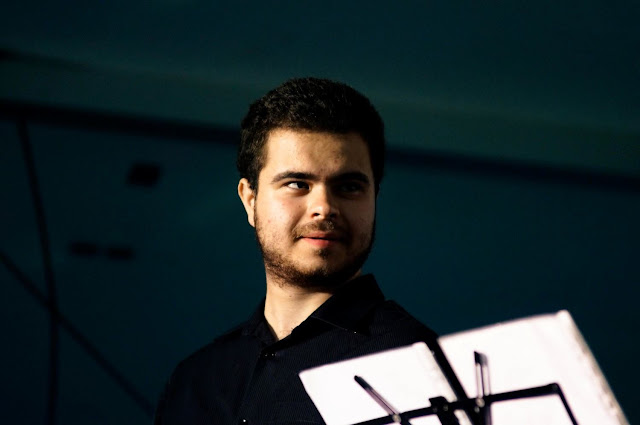 Sava Vutov was born in Sofia in 1994. He graduated from the “Lyubomir Pipkov” National School of Music (Sofia) in the piano class of Assoc. Prof. Alexander Vasilenko and Tsveta Kuncheva. Currently, he is a student at the “Prof. Pancho Vladigerov” National Academy of Music in the class of Prof. Borislava Taneva, PhD. He has attended the master classes of Maria Prinz and Lyudmil Angelov, and the summer master classes of Chetham's School of Music in Manchester, where he subsequently gave a recital. He has participated twice in the master class of the International Music Academy in Poros (Greece), where in 2014 he gave a recital and played with the Athens Sinfonietta.
He has been a soloist with the Sofia Soloists Chamber Ensemble, “Orpheus” Chamber Orchestra (Pernik), Vidin and Razgrad Philharmonic Orchestras, the Academic Symphony Orchestra and the Student String Orchestra of the National Academy of Music. He has worked with conductors such as Plamen Djouroff, Georgi Chimshirov, Ivaylo Krinchev, Konstantin Ilievski, Raycho Christov and others.
He is also a composer of instrumental, choral and film music. He has won numerous awards at international competitions in Sofia, Razgrad, Skopje, Niš, Barletta and Bologna. 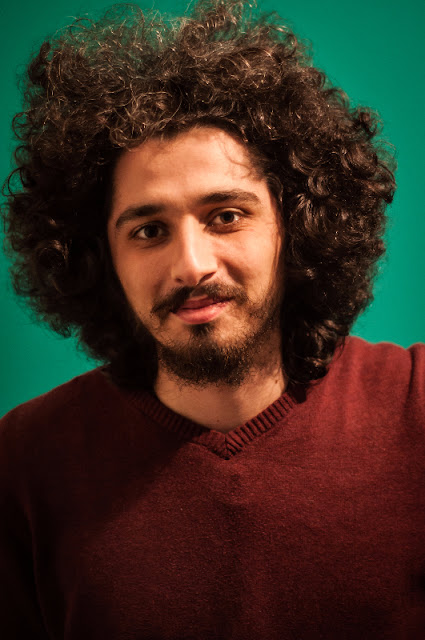 Ines Simeonova was born in Dobrich (Bulgaria). She graduated from the “Lyubomir Pipkov” National School of Music (Sofia) in the piano class of Mariana Shikova in 2013. In the same year, she was admitted to the “Prof. Pancho Vladigerov” National Academy of Music, where she is currently studying piano under Prof. Borislava Taneva, PhD. Over the years, she has been an active participant in the master classes of many famous piano professors in Bulgaria and abroad, including: Hiroaki Takenouchi, Ian Jones, Igor Petrin, Daniele Petralia, Naum Grubert, Marco Perini, Marina Horak, Fulvio Turisini, Natalia Trull, Tamara Poddubnaya, Sachiko Kodama, Peter Donohoe, Joan Havill, Andrew Johnston, Milena Mollova, Ludmil Angelov, Viktor Chuchkov, Zheni Zaharieva and others.
She has been awarded numerous prizes from piano and chamber music competitions in Bulgaria, Romania, Germany and the USA. Ines has also taken part in many concerts in various venues within Sofia, including: Studio 5, Bulgarian National Radio Concert Studio, “Lyubomir Pipkov” National School of Music – Concert Hall, Bulgaria Hall, National Palace of Culture and others. 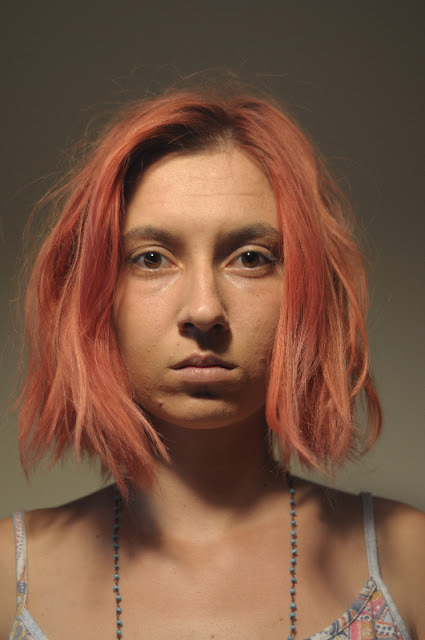