The event is held under the patronage of
H.E. Tom van Oorschot
(Ambassador of the Kingdom of the Netherlands)
and thanks to the generous support of:

Ralph van Raat (b. 1978) has been completely fascinated by classical music of the twentieth century since the age of 14. Although his repertoire ranges from Bach to Boulez, his primary focus has always been on composers dating from Debussy, Bartók and Ives to present day masters. His aim is to convince his audiences of the immense beauty and diversity of the music of our own time through solo recitals, lecture-recitals, concerto performances, CD-releases and special projects.
Pianist and musicologist Ralph van Raat studied the piano with Ton Hartsuiker and Willem Brons at the Conservatory of Amsterdam and musicology at the University of Amsterdam. During his piano studies he was admitted to the select “Provision for Outstanding Musicians”, a special training course for exceptional students. He graduated cum laude in piano as well as in musicology. As part of the Advanced Programme of the Conservatory of Amsterdam, and funded by the Dutch cultural trust “Prins Bernhard” Cultuurfonds, Van Raat studied with Claude Helffer in Paris, with Ursula Oppens at Chicago’s Northwestern University, with Liisa Pohjola in Finland and with Pierre-Laurent Aimard at the High School of Music in Cologne. He has won a large number of prestigious international prizes and awards.
Van Raat regularly appears as a recitalist in both the Netherlands and abroad – in Europe, the Middle East and Asia as well as in the United States. His concerts are regularly broadcast by both Dutch and foreign radio and television networks. He has been engaged for his own radio series on contemporary music by Dutch national broadcasting and has been honoured with his own concert series by the Concertgebouw of Amsterdam, the Muziekgebouw in Amsterdam and De Doelen in Rotterdam.
Van Raat has often performed as a soloist with orchestras including the Los Angeles Philharmonic, London Sinfonietta, the BBC Symphony Orchestra, the Royal Concertgebouw Orchestra, the Rotterdam Philharmonic Orchestra, the Netherlands Radio Philharmonic Orchestra, the Radio Symphony Orchestra of Frankfurt, the Aarhus Symphony Orchestra, the Dortmunder Philharmoniker, the Shanghai Philharmonic Orchestra and the China National Symphony Orchestra. He has worked closely with conductors such as Valery Gergiev, JoAnn Falletta, Susanna Mälkki, David Robertson, Peter Eötvös, Stefan Asbury, Michel Tabachnik, Jac van Steen and Otto Tausk. He has performed as a soloist at many prestigious international festivals.
Ralph van Raat has had an exclusive contract with the international record label Naxos since December 2006. His first recording for Naxos, the complete piano works by John Adams, received top ratings in several magazines. It was highlighted as a CD of the month in Gramophone. His second CD, with Frederic Rzewski’s The People United Will Never Be Defeated, was labelled a Benchmark CD in BBC Music Magazine and Highly Recommended by Gramophone. In December 2010, within a month after its release, Van Raat’s CD with Hans Otte’s Das Buch der Klänge (The Book of Sounds) was chosen as CD of the Week by Dutch public radio. Van Raat’s recording of Arvo Pärt’s piano music received a 5/5 star rating in BBC Music Magazine. His most recent recording, piano duo works by Debussy and Messiaen (Naxos 8.572472) has been nominated for the Spellemannsprisen 2012, the Norwegian equivalent to the Grammy. The Rzewski recording as well as those of the complete piano works by John Adams, Gavin Bryars and Sir John Tavener have all been bestsellers, having ranked among the Top 20 bestselling Naxos albums worldwide. This resulted in 2009 in the publication of a special dedicated Artist Portrait CD-box, with the complete recordings for Naxos to date.
Many composers worldwide have dedicated piano compositions and concertos to him. He has worked directly with many composers on the interpretation of their piano works.
Van Raat teaches contemporary piano music interpretation at the Conservatory of Amsterdam. He regularly gives master classes, lectures and workshops and has done so at the conservatories of Tirana, Nizhny Novgorod, Kiev, the “Ligeti” Academy of the ASKO/Schönberg Ensemble, etc. as well as for many other universities and institutes.
Ralph van Raat was named a Steinway Artist by the Steinway piano company in 2003, joining an exclusive circle of renowned artists including Vladimir Horowitz, Martha Argerich, Alfred Brendel, Lang Lang and Keith Jarrett. He records exclusively on Steinway pianos and uses the Steinway piano as his preferred instruments for performances worldwide.
www.ralphvanraat.nl 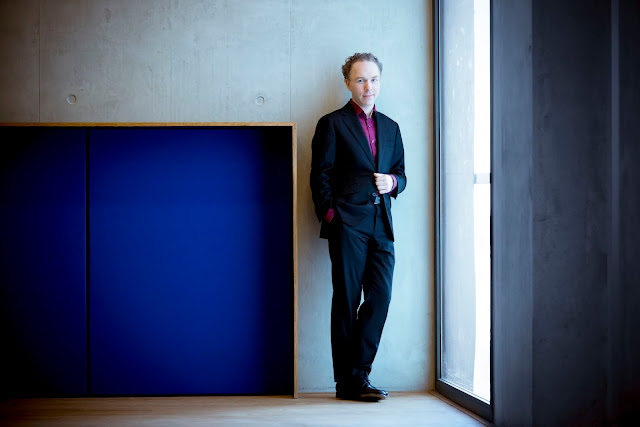 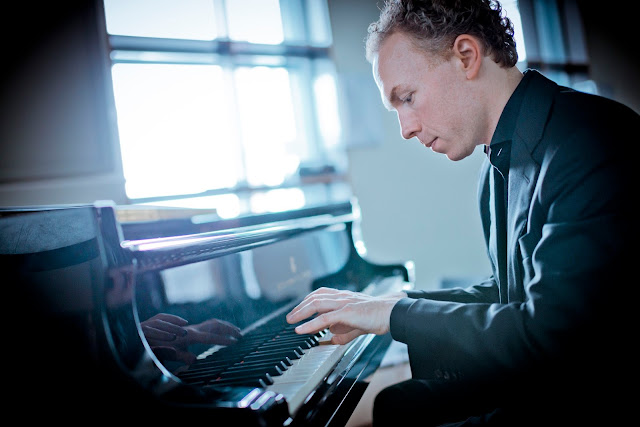 
Kamelia Miladinova (b. 1972) was born in Kyustendil (Bulgaria) and had her first piano lessons at the age of six. She studied at the “Lyubomir Pipkov” National School of Music and at the “Prof. Pancho Vladigerov” National Academy of Music in Sofia with Prof. Stella Dimitrova-Maystorova. As a student, she was awarded the Debut Prize of the Bulgarian National Radio and in 1994 she won the Third Prize at the “Eduard Flipse” Piano Competition in the Netherlands, as well as the prize for the best performance of contemporary Dutch music for the piece Spank by Rob Zuidam.
Miladinova has lived in the Netherlands since 1997. She studied at the Royal Conservatory in The Hague with Geoffrey Douglas Madge and she got her Master Degrees for Solo Piano and Piano Coaching there, a study that was focused in particular on working with singers and instrumentalists. She has worked together with and has been coached by musicians such as Geörgy Kurtág, Herman Krebbers, Elly Ameling, Bart van Oort and, more recently, Sir James Galway. Since 2003, she has been working as a piano coach and accompanist at the Royal Conservatory in The Hague. Besides, she regularly plays in concerts as an accompanist and as a member of chamber music ensembles. In 2015 and 2016, she was a resident Pianist-in-Residence at the Galway Flute Festival in Weggis, Switzerland. 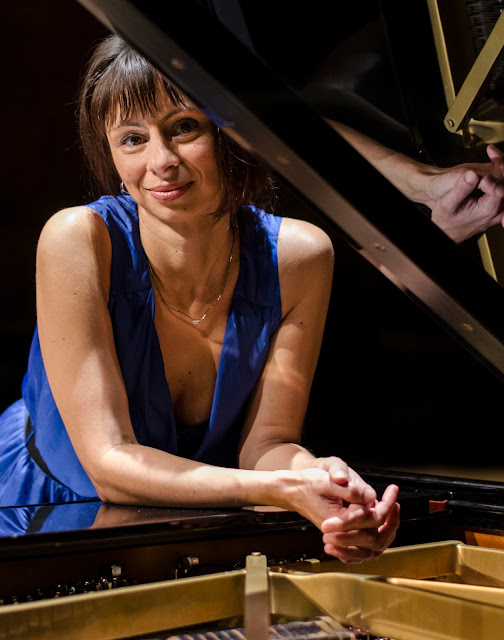 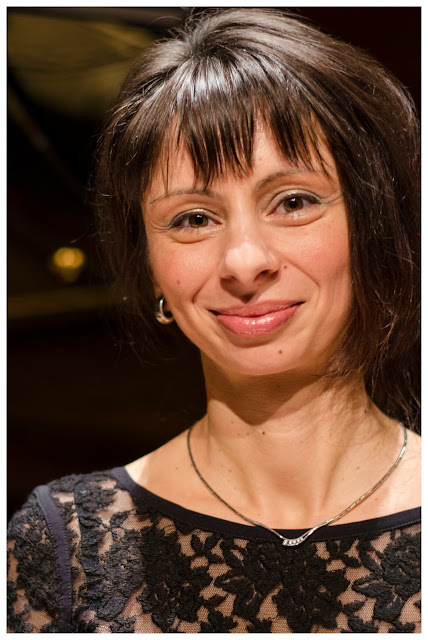