Excerpts from his project
New Blues for Piano

The event is held under the patronage of
H. E. Bea ten Tusscher
(Ambassador of the Kingdom of the Netherlands)
and thanks to the generous support of:

Marcel Worms (1951) studied at the Sweelinck Conservatory in Amsterdam with Hans Dercksen. He has also had lessons with the Russian pianist Youri Egorov and with Alicia de Larrocha. After graduating in 1987, he specialised in chamber music with Hans Broekman and 20th century piano music with Alexandre Hrisanide.


Marcel Worms remains active as both chamber musician and soloist. In 1990, he premiered early works of Schoenberg in a recital at the Icebreaker in Amsterdam and in 1991 he performed the complete piano works of Janáček. Since 1992, he has often performed the programme Jazz Influences in 20th Century Piano Music on Dutch stages. In 1994, this programme was recorded and released on the BVHAAST label. Subsequently, Marcel Worms founded the Groupe des Sept, which has performed, among other things, the complete works of Poulenc for piano and wind instruments. This programme was released on CD by Emergo Classics. In 1994, Piet Mondrian’s memorial year, Marcel Worms performed the programme Mondrian and the Music of his Time. The composers Willem Breuker and Theo Loevendie each wrote a work for this project. Marcel Worms performed this programme in the Netherlands and many other European countries, in Russia and in the United States. On the occasion of the 100th birthday of Jean Wiéner, he performed a programme entirely dedicated to the piano music of this French composer in the Netherlands and France. BVHAAST released this on CD in 1996.


In 1996, Marcel Worms initiated a unique project – New Blues for Piano. By 2017, over 200 Dutch and foreign composers, from about 50 countries on all continents, have contributed a work for solo piano. This project accounts for 7 CDs. A selection of these newly composed blues scores has been published by Donemus (Amsterdam) and Peer Music (Hamburg).Since 1998, Marcel Worms has performed countless concerts comprising selections from the library of works dedicated to him and his project. The blues pieces have been heard in the Netherlands, in most European countries, in Russia, the Middle East, the Far East, the United States, Africa, South America and Cuba at such prestigious festivals as: North Sea Jazz Festival (The Hague), Festival for New Music (Bucharest), Warsaw Autumn (Poland), EU Jazz Festival (Mexico), Audio Art Festival (Krakow), Festival de la Música Contemporánea (Bolivia), Forum Neuer Musik (Cologne), Festival of Aveiro (Portugal), Fajr Festival (Iran), Tblisi Autumn (Georgia), International Piano Festival of Bucaramanga (Columbia).


As part of the Van Gogh exhibition in Washington D.C. and Los Angeles, Marcel Worms recorded the CD Pictures at a Van Gogh Exhibition, which was also performed in these cities. At the request of the Kunsthal in Rotterdam, he put together a programme around Picasso that also appeared on CD as part of this exhibition. A programme of tangos from Latin America and Europe was heard, among other places, in China and in Argentina. It also appeared on CD with the BVHAAST label.

Since 2002, Marcel Worms has been active with the piano works of Federico Mompou. In 2007, he released two CDs with this composer’s music and organised a three-day Mompou Festival in Amsterdam. In 2009, he debuted on CD some 40 unpublished works of Mompou that had been rediscovered in Barcelona the year before. In 2012, Marcel Worms recorded on one CD both Bach’s Goldberg Variations and Metamorphosis by Philip Glass. His 2015 CDs focus on the classical music of the Caribbean (which he performed in the Caribbean and the USA) and on the music of the Baltic countries, including the complete works for piano by Arvo Pärt. On his latest CDs he recorded the complete cycle The Seasons by the Latvian composer Pēteris Vasks, piano music of Erik Satie and music by and inspired by Chopin. 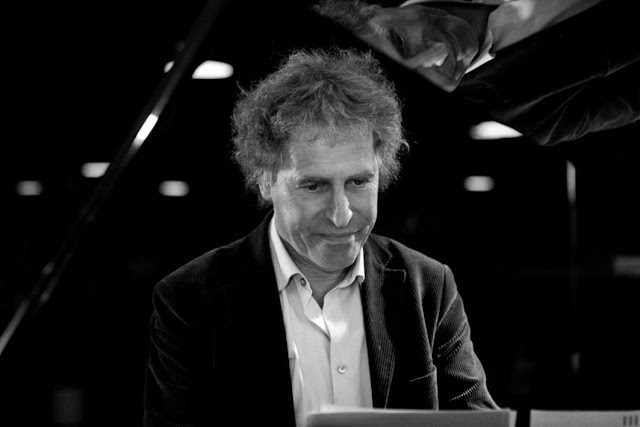