Part I: Portrait of Louis Karchin 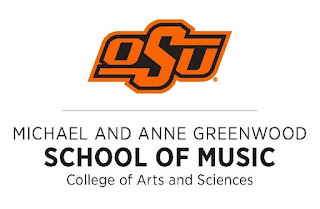 Se-Hee Jin has been acclaimed for her keen musical intelligence and exquisite sensitivity. She holds her Master of Music and Doctor of Musical Arts degrees in Piano Performance and Literature (Minor in Music Theory) from the Eastman School of Music, where she studied with Natalya Antonova and served as her Teaching Assistant. She also graduated from Ewha Womans University (Seoul, Korea). Currently, she serves as Teaching Assistant Professor of Piano at the Oklahoma State University. She has concertised and taught throughout the United States, China, Italy, Canada and Korea, continuing her solo recital projects and contemporary music concert series.
As a solo pianist, Jin has been featured in various recitals, including concerts at the Weill – Carnegie Hall, Kaufman Music Center, Seiji Ozawa Hall (USA) and Bentley Recital Hall (Canada). She has participated in the Tanglewood Music Festival as a recipient of the Leonard Bernstein Fellowship and the Banff Summer Arts Festival in Canada. She has performed a broad range of repertoire from Baroque to the music of our times and continuing her solo projects on J. S. Bach’s Art of Fugue and Russian Romanticism. She has also continued her collaborative performances with distinguished musicians in the States and abroad. Her recent collaborations include duo and chamber performances with Kenneth Grant (Eastman School of Music), Nancy Ambrose King (University of Michigan), Kathleen Winkler (Rice University) and Celeste Johnson (University of Missouri, Kansas City). She has appeared in Backstage Pass on WXXI-FM Classical 91.5, Women in Music Festival, the Jessie Kneisel Lieder Competition and Winners’ Concert, Festival of Contemporary Music and various series of chamber music concerts.
As a founder and artistic director, she has presented two new music concert series – American Living Composer Series for composer portrait recitals and N Series for piano music written by composers of two different nationalities. The new music concert series has presented composer portrait recitals comprised of works in a variety of settings from solo to chamber ensemble. She has been working closely with John Harbison (Pulitzer Prize winner, 1987), Charles Wuorinen (Pulitzer Prize winner, 1970) and Louis Karchin. She has presented the concert series at several venues in New York and Oklahoma areas in the United States. The American Living Composer Series is supported by universities and the regional Arts Council in the United States.
As a faculty member and guest artist, Se-Hee Jin has given master classes and solo performances at festivals and music schools, including Semper Music International Festival (Italy), the Duquesne University (PA), the Oakland University (MI), the Middle Tennessee State University (TN), the Cameron University (OK) and Kookmin University (Korea). 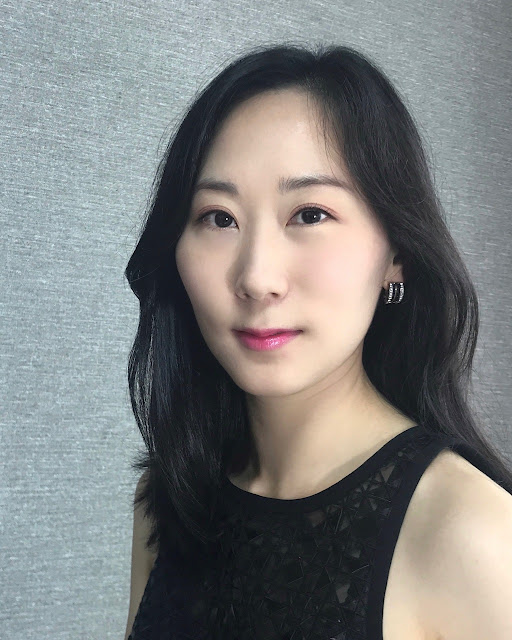 Louis Karchin (b. 1951) studied at the Eastman School of Music and Harvard University. Additional study included two summers as a Leonard Bernstein Fellow in Composition at the Tanglewood Music Center. He is now Professor of Music at the New York University.
Over a career spanning more than four decades, he has amassed a portfolio of more than 85 compositions, appeared as conductor with numerous performing ensembles, co-founded new music groups, including the Chamber Players of the League – ISCM, the Orchestra of the League of Composers, the Washington Square Ensemble, and the Harvard Group for New Music. He has also overseen the formation of a graduate program in Music Composition at the New York University. His works have garnered numerous distinguished honours.
His first opera, Romulus, received a fully-staged premiere in May of 2007, in a three-way collaboration among Works and Process at the Guggenheim, American Opera Projects and the Washington Square Ensemble, and is now available on a much-heralded 2011 Naxos release. His second opera, based on Charlotte Bronte’s Jane Eyre, was awarded two showcase berths, on Ft. Worth Opera’s inaugural Frontiers Series in May of 2012, and later that year with the Center for Contemporary Opera in New York.
Performing organisations championing Karchin’s music have included the Chamber Music Society of Lincoln Center, the Louisville Orchestra, the Portland Symphony Orchestra, Da Capo Chamber Players (NYC), Plurimo Ensemble (Venice), Spectrum Sonori (Seoul), Delta Ensemble (Amsterdam), Voices of Change (Dallas) and the New York New Music Ensemble.
He has been composer-in-residence at the Composers’ Conference at Wellesley College (Indiana University), the University of Buffalo, the University of Iowa and the University of Utah. He has given master classes at Harvard, Columbia, Boston, Brandeis, Cleveland State and Rutgers Universities, as well as the Juilliard School, Westminster Choir College, the Manhattan School of Music, Mannes College and Queens College (CUNY). In 2010, he was a guest composer at the Etchings Festival in Auvillar (France).
His music is published by C. F. Peters Corporation and the American Composers Alliance. CDs of his works are available on the Bridge, Naxos, New World and Albany labels.
As a conductor, Louis Karchin is Music Director of the Orchestra of the League of Composers and with them has conducted New York or world premieres of works by Elliott Carter, Joan Tower, Charles Wuorinen, David Rakowski, Arthur Kreiger, Missy Mazzoli, Julia Wolfe and Milton Babbitt, among many others. He is also a conductor of the Washington Square Ensemble and the Chamber Players of the League – ISCM. 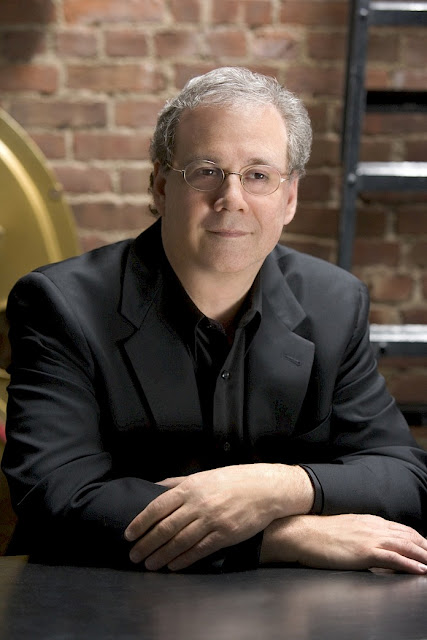 John Harbison (b. 1938) is one of America’s most distinguished artistic figures. A recipient of numerous awards and honours, he has composed music for most of America’s premiere musical institutions, including the Metropolitan Opera, Chicago Symphony, Boston Symphony, New York Philharmonic and the Chamber Music Society of Lincoln Center.
His music catalogue is anchored by three operas, seven symphonies, twelve concerti, a ballet, six string quartets, numerous song cycles and chamber works and a large body of sacred music that includes cantatas, motets and the orchestral-choral works Four Psalms, Requiem and Abraham. His music is widely recorded on leading prestige labels.
His recent works include Psalm 116, String Quartet No. 6, Presences for cello and string quintet, A Bag of Tales for piano, The Cross of Snow (in versions for viols with countertenor, and string quartet with mezzo-soprano), The Nine Rasas for clarinet, viola and piano and Painting the Floors Blue for violinist Jennifer Koh. Harbison’s opera The Great Gatsby, a commission from the Metropolitan Opera, was recently revived at Semperoper Dresden, after the European premiere there of a new production following performances in New York, Chicago, San Francisco, Aspen, Boston and Tanglewood.
Harbison has been composer-in-residence with the Pittsburgh Symphony, the Los Angeles Philharmonic, the American Academy in Rome and numerous festivals.
He received degrees from Harvard and Princeton before joining the Massachusetts Institute of Technology, where he is currently Institute Professor. For many summers since 1984, he taught composition at Tanglewood, serving as head of the composition program there from 2005 to 2015, often also directing its Festival of Contemporary Music. With Rose Mary Harbison, the inspiration for many of his violin works, he has been co-artistic director of the annual Token Creek Chamber Music Festival since its founding in 1989. He continues as principal guest conductor at Emmanuel Music (where for three years he served as acting artistic director). An accomplished jazz pianist, Harbison founded MIT’s Vocal Jazz Ensemble in 2010 for which he served as coach and arranger. He is also a pianist with the faculty jazz group Strength in Numbers. In these roles he is adding to his large catalogue of pop-songs and jazz arrangements.
John Harbison was President of the Copland Fund for fifteen years and a trustee of the American Academy in Rome. He is a member of the American Academy of Arts and Letters and is a Trustee of the Bogliasco Foundation.
His music is published exclusively by Associated Music Publishers. 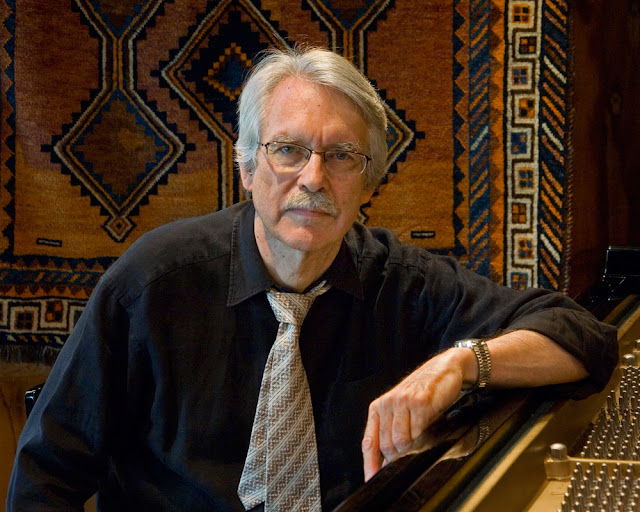 The Three Epigrams were written at the request of Italian pianist and composer Fabio Grasso for a concert of the Plurimo Ensemble in Venice celebrating two Venetian artists: the painter Emilio Vedova and the composer Luigi Nono. At the time of the commission, one Epigram had already been composed; this was for the 70th birthday of my colleague and friend, composer Charles Wuorinen. Entitled Celebration, it seeks to convey an atmosphere appropriately suited to the occasion. For the second and third Epigrams, it seemed fitting to pay homage to Venice’s two favourite sons of the late 20th century. Expressions, the second movement, nods to a similarly titled work of Nono’s and was inspired by Nono’s own very special use of pointillistic technique (where fragmented melodies pass from one register to another and often from one instrument to another). The third movement, Upheavals, was written after absorbing Vedova’s paintings with their vivid imagery and violent juxtapositions; elements that found musical representation in jagged-edged contours and swift shifts of mood.
Written for composer and pianist Eric Moe, Ghost Waltz is about a nice, polite ghost who would never try to scare anyone.
The newest work on the programme, Sonata-Fantasia, was written for pianist Stephen Drury, who will perform it later this year, but Se-Hee Jin’s performance tonight will be the work’s world premiere. I wanted to write a piece with interconnected movements and the Sonata-Fantasia essentially has four. It starts with a declamatory section with an insistent motive; this is followed by the suggestion of a fugue, a section with imitative lines that builds to a climax and ends on a forte low b flat. The climax ushers in the third part, which is more leisurely, with a melody that becomes embellished with trills, and this leads to a chorale-like extension, starting off softly and building to another climax. The final part of the work introduces a new assertive idea in octaves in the bass; this is later joined with musical material from the first section to round out the form.
Louis Karchin

My opera The Greatest Gatsby was commissioned by the Metropolitan Opera to honour the 25th anniversary of James Levine’s debut. To assist in its preparation, the Met asked me to suggest a pianist to make a tape, with my participation, of the entire vocal score. My choice was Judith Gordon. Her splendid account of the piece, in addition to its practical value, was a pianistic tour de force. As a measure of my gratitude I made her a piece, the details of which she had already practiced. The three Gatsby Etudes do not follow the operatic chronology, but instead pursue some of its motivate trains of thought. They are pianistically challenging and fun to play. They connect without pause. They are dedicated, in gratitude and friendship, to Judy Gordon.
In writing a short piano piece to mark Linda Reichert’s leadership of Philadelphia’s Prime new music series, I had two words running through my head: open-mindedness and persistence. It was a truly inclusive network. Linda’s combination of drive and patience kept it evolving over many years. Below a serene surface my Nocturne strives to find some of these qualities, hard to find notes that turn out to belong together, taking their time, and looking for a releasing last chord.
The Piano Sonata No. 1 was written for Robert Shannon, Ursula Oppens and Alan Feinberg on a consortium commission from the National Endowment for the Arts. It was composed at Token Creek (Wisconsin) in the summer of 1985. The three performers for whom it was written brought their own sense of proportion, contrast and sonority to the piece, which was very much my intention. The Sonata invites the performer’s play of personality and fantasy. The work is in four main sections (the two inner sections being faster than the outer ones) but the articulations between them are not emphatic and the piece is conjured up rather than premeditated. Its sixteen-minute span contains very little literal repetition; virtuosic passages erupt quite unexpectedly and the music retains the shape of its natural occurrence: unformalised. Much variety of touch and tone is required, most obviously in two passages near the end: a whirling elaboration of a big chord that drives the piece momentarily out of its orbit, and later, a strange staccato hallucination that seems to drop in from outside, both delaying and necessitating the ending.
John Harbison