Grégoire Lorieux (b. 1976, France):
Brakhage Miniature
for piano and percussionist playing in a piano (2010) *


This concert has been made possible
thanks to the generous support of:

HYPER DUO is a Swiss ensemble founded by pianist Gilles Grimaître and percussionist Julien Mégroz. Both from French-speaking Switzerland, the two met during the prestigious Lucerne Festival in 2012. With a shared passion for adventurous repertoire and the presentation of new works, the two have regularly performed together in Switzerland and abroad. Over time, they came to focus not only on the rich and ever-expanding body of repertoire which exists for piano and percussion, but also to offer a new approach to the traditional concert format, notably by prioritising staging and dramaturgy. Always searching for original programmes which blur the boundaries between music and performance art, the duo represents a collective exploration of sound, space and affect.
www.hyperduo.ch 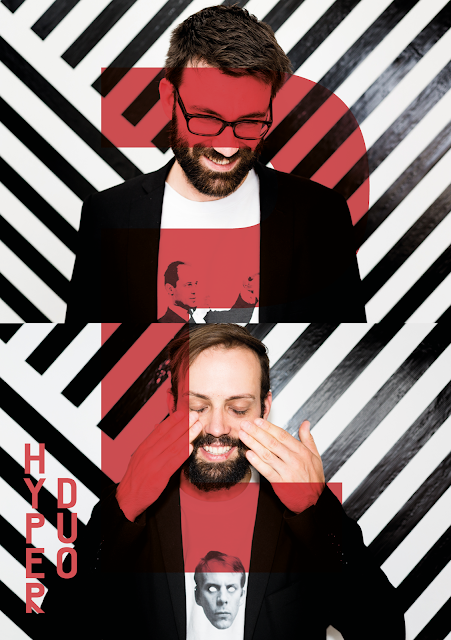 
Gilles Grimaître (b. 1988) studied the piano at the Bern University of the Arts with Prof. Pierre Sublet where he received his Master in Performance diploma with distinction. He also studied the organ with Pascale Van Coppenolle and composition with Xavier Dayer. He has taken from lessons from renowned pianists such as Michel Dalberto, Nicolas Hodges, Florence Millet, Ueli Wiget, Hermann Kretzschmar and Hidéki Nagano. He was scholarship holder at the International Ensemble Modern Academy in Frankfurt am Main for the academic year 2013–14.
He won the first prize at the 2013 Concours Nicati competition for contemporary music and has received scholarships from the André-François Marescotti Foundation, the Irène Dénéréaz Foundation and the Gabriele De Agostini Foundation.
Very active in the contemporary music field, Gilles Grimaître has collaborated closely with composers such as Stefano Gervasoni, Franck Bedrossian, Thomas Kessler, Jürg Wyttenbach and premiered numerous works, some piano solo pieces having been written especially for him. He performs regularly as a soloist, chamber musician and with ensembles and orchestras such as Ensemble Contrechamps, Nouvel Ensemble Contemporain (NEC), Ensemble Modern, Ensemble Proton, Tonhalle-Orchester (Zürich) and Bochumer Symphoniker.
In 2012, he took part in the Lucerne Festival Academy Orchestra, playing amongst others the piano solo part in Charles Ives’s Symphony No. 4 conducted by Péter Eövtös. Since then, he has performed in many festivals such as the DAVOS FESTIVAL – young artists in concert (Switzerland), Thailand International Composition Festival, Tzlil Meudcan (Israel), Musikprotokoll (Austria), Ruhrtriennale (Germany), ManiFeste (France), ppIANISSIMO (Bulgaria), Slowind (Slovenia), SONEMUS (Bosnia and Herzegovina).
Gilles Grimaître is a member of Collegium Novum Zürich and founding member of the Ensemble Lemniscate, HYPER DUO with percussionist Julien Mégroz and the duo Orion with cellist Elsa Dorbath. He specialises also in accompanying singers, working often as an opera accompanist. He is also an active free improviser and plays in the experimental band [bleu].
www.gillesgrimaitre.com 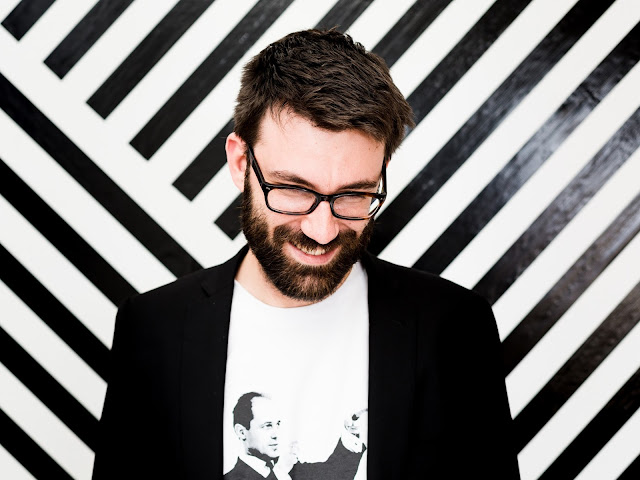 
Julien Mégroz (b. 1986) is a percussionist, composer, improviser and performer, specialised in experimental and new music.
He began playing percussion and drums in 1995. He studied jazz vibraphone with Philippe Cornaz and classical percussion with Thierry Besançon. A student in the class of Stéphane Borel at the University of Music in Lausanne, he received in 2008 the first prize in marimba at the National Music Competition in Riddes (Switzerland). He obtained a Bachelor in Arts in 2009 and went on to the Royal Danish Academy of Music in Copenhagen, where he studied with Gert Mortensen, Johan Bridger and Morten Friis from famous Safri Duo. Back in Lausanne in 2011, he obtained a Master in Performance with unanimous congratulations from the jury. He then studied two year at the High School of Music in Basel and obtained in 2013 a Master in Specialised Performance: New Music, where he studied with Christian Dierstein, Mike Svoboda, Marcus Weiss, Jürg Henneberger and Matthias Würsch. In 2013–14, in the frame of a Certificate of Advanced Studies, he studied free improvisation with Alfred Zimmerlin and Fred Frith.
He received prices by the foundations Knechtli and Nicati-de Luz (2012), Irène Dénéréaz (2012 and 2013), as well as the Régionyon culture prize of the region of Nyon (Switzerland).
Julien Mégroz has given solo and chamber music concerts in Switzerland, Europe and South America. He regularly collaborates with different Swiss ensembles and participates in international festivals. He is an active member of the ensembles We Spoke, Soyuz 21, Collegium Novum Zürich, 4tet Too hot to hoot?, the HYPER DUO together with pianist Gilles Grimaître and the music-theatre group La compagnie du bouc.
He composes theatre music pieces and conceptual music for percussion and chamber music ensembles. His music has already been performed in Switzerland, Germany, Austria, France and Peru. In 2013, he created the Association for Schlag, which manages his own projects. In 2014, he released his first solo record Natur/Maschine with six pieces for solo percussion written by Swiss composers.
www.julienmegroz.ch 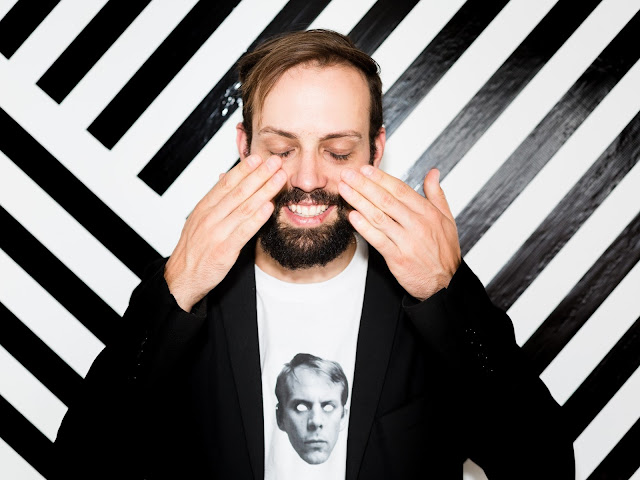