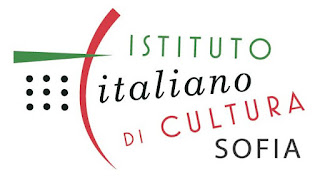 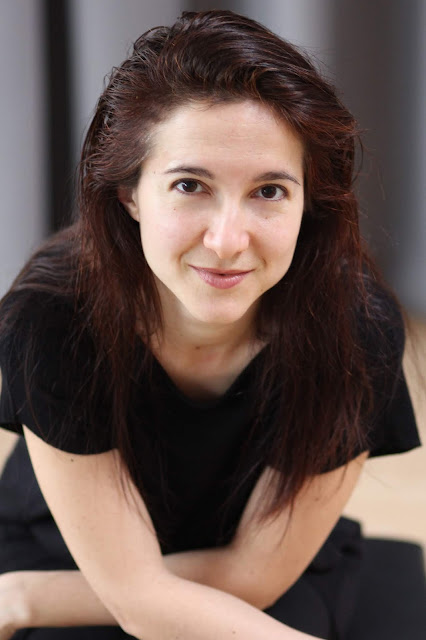 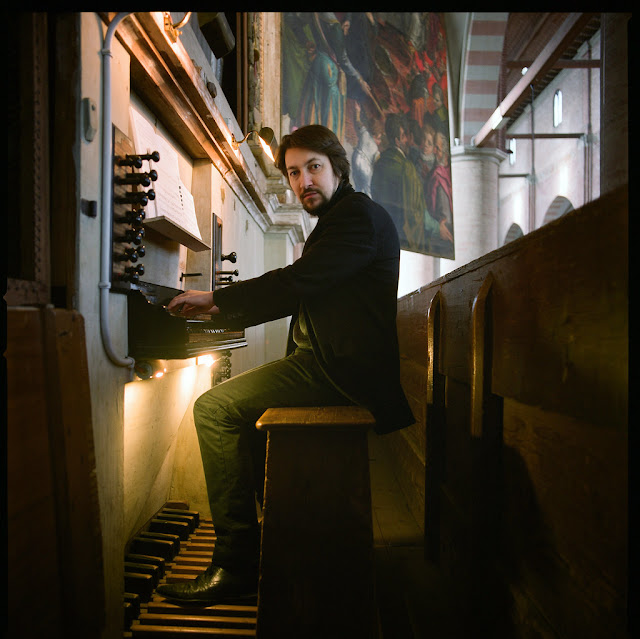 The music of Maurilio Cacciatore (b. 1981) stems out of a combination of acoustical instruments with tools for digital music. It also incorporates electromechanical objects and uses various resources of informatics. It results in a complex multi-layered texture, presenting on the surface classical instruments and electronics, while containing an inner core of hybrid and non-conventional techniques. Beyond the conventional standard of spatialisation, his loudspeaker setups explore non-coded solutions that integrate hardware and software within various musical contents. The theatrical dimension of his works tends to integrate visual aspects and music into the score, seeking an improvement of communication among the players on stage.
He has been student of Fabio Cifariello Ciardi and Ivan Fedele. He is a PhD candidate at the Catholic University of Porto. Currently, he is a professor of Electroacoustic Composition at the Conservatory of Castelfranco Veneto. He has given lectures and master classes on his music at the Saint Martin University of Buenos Aires. Since 2017, he is also a guest professor at the Conservatory Musiarte of Maputo (Mozambique).
He has been a composer-in-residence at the IRCAM, the ZKM, the Muse en Circuit of Paris and the Elektronisches Studio Basel.
In 2010, he was awarded the “Premio Petrassi” Prize of the Italian Republic. In 2012, he won the first prize at the International Composition Competition Premio Città di Trieste. In 2016, he represented Italy at the International Rostrum of Composers. In 2017, he was awarded with the Produktion Preis at the Giga-Hertz Award of the ZKM Karlsruhe.
His works have been performed by first class ensemble and orchestras such as the Philharmonic Orchestra of Radio France, the National Orchestra of Lorrain, the Orchestra of I Pomeriggi Musicali of Milano, Kammerorchester Basel, Ensemble InterContemporain, HANATSU miroir, Linea, Proxima Centauri, Ensemble Phoenix Basel, Aleph, L’arsenale, Algoritmo, Sentieri Selvaggi, Contempoartensemble, Accroche Note, Choir Le Cris de Paris, Voix de Strass. His music is published by the Edizioni Suvini Zerboni, Milan.
Maurilio Cacciatore is artistic coordinator of the Syntax Ensemble and tutor at the Centro Informatico Musicale Multimediale of the Biennale of Venice. 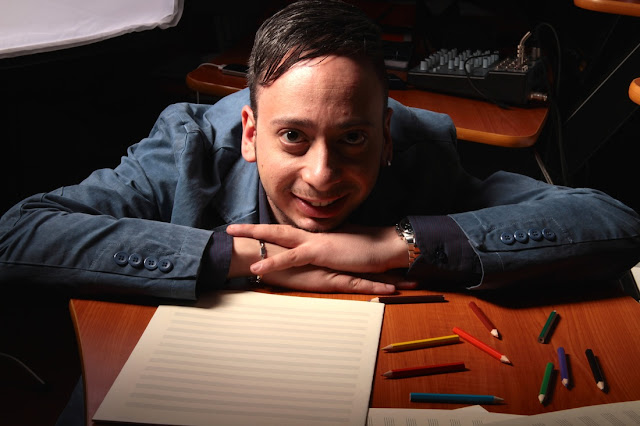 The Programme / The Works

This double portrait is two times symmetrical, as it puts into relation two artists who both approach the piano starting from two opposite poles: continuing the line of tradition and breaking it. And yet, the outcomes of their research couldn’t possibly be more different.
On one hand, both composers have a view on the piano as a character with a ponderous past: Perocco’s Preludi are molded on Chopin’s Preludes, but they distort, filter and thin the original material through piano preparation and de-compositional processes. Cacciatore’s Studies are conceived as a cycle of virtuoso pieces exploring continuity from the Romantic etudes, through Ligeti, to nowadays sound aesthetics.
On the other hand, both composers try to deconstruct the piano as inherited by tradition and create a hybrid – or extended – instrument. Tutorial No. 2: #keyboard-and-keyboard by Cacciatore extends the piano’s acoustics by projecting live electronics inside its resonance box and adding a further layer with a synthesizer, used as an appendix of the piano’s lower register. In Perocco’s new work Nuvolette, on the other hand, the electronics are extremely simple, almost home-made. The piece is part of a cycle around solo instruments extended with resonators made out of cheap materials.
Anna D’Errico

In 2007 I began a series of works (in progress) for prepared In 2007, I began a series of works (in progress) for prepared piano called Preludi. It’s a kind of an erosion of Chopin’s Preludes, which Robert Schumann described as sketches of study; ruins and rubble. My work continued in 2009 during a residency at the American Academy in Rome, where I finished the first book of twelve preludes. Since then, I have had the desire to write a version for ensemble as well. What was left of Chopin’s original material is almost smothered by a layer of dust. It retains some primitive and fragile profiles.
There is no particular reason for choosing the title Nuvolette (Little Clouds) other than the initial idea of working with an ephemeral, weightless, almost inconsistent sound. An inconsistency that can arise from different approaches; spontaneous and slender, paradoxical and brazen. Perhaps somewhere near this hovers a sort of boyish world that is keeping me company in this period. My usual worms recur: debris, dirge and precariousness.
Filippo Perocco

My Studies for Piano No. 1 – 3 have been a moment of introspection among the other works of my catalogue. I have written them for friends to be used during their recitals and my goal has always been to try to improve and enhance piano technique. Sometimes, we see piano pieces called “studies” that have no real focus on the technical aspects of playing piano. Moreover, the word “study” refers more to the short length of the piece than to the form. So when I started the first study ten years ago, I was convinced about what I did not want to write and what I considered important for me to put into this cycle. These three studies have been written between 2010 and 2016; they have subsequently been thoroughly revised in 2019 for their final publication. The series will be complemented with more studies.
Hommage to Ligeti is the first study. Just as Paganini’s first Capriccio is reminiscent of Locatelli’s last one, I decided to correlate my series to Ligeti’s Etudes, which I consider the most important studies of the last 50 years. Damped Strings focuses on damping strings while playing. When damping a note on piano strings, finger pressure, wrist weight and balance change dramatically. The blend with standard piano playing calls for tremendous control of these parameters on the part of the pianist. Carpal and Metacarpal focuses on the technique of playing two notes at the same time with the thumb, or three when adding the metacarpal. What normally represents playing “false notes” – thus a mistake – becomes a structural element. The use of the thumb in keyboard technique can further expand the player’s skills.
The original version of Tutorial No. 2: #keyboard-and-keyboard requires a Disklavier – a grand piano with a midi interface so as to communicate with a computer. In this second version of the piece, the live electronics work by synchronising live playing with several layers that I superpose, mixing them live. The diffusion of the electronics inside the piano helps in combining acoustic and digital sources together. The synthesizer brings in another layer that puts the live playing in relation to the digital sound, like an extension of the lowest register of the piano keyboard. Tutorials is my series of pieces dedicated to the technique of electronic music as extended to acoustic writing.
Maurilio Cacciatore 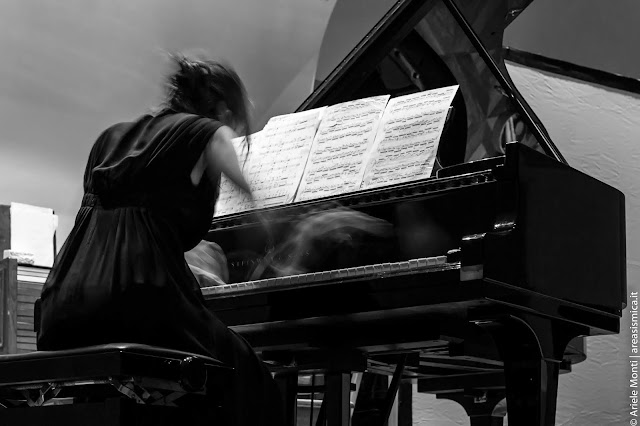