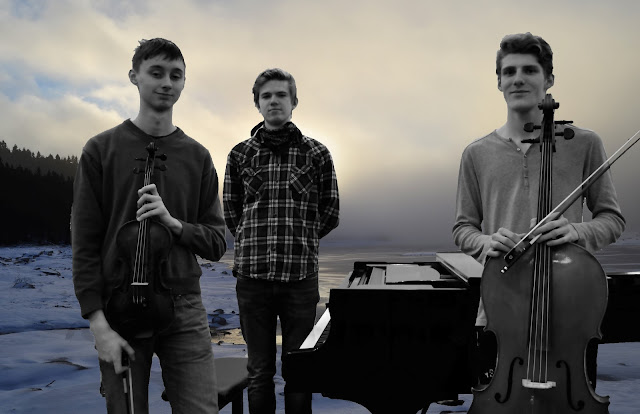 Michael Andreas Grolid (b. 1997) has been playing the violin and viola for ten years. He is pursuing a bachelor’s degree at the Barratt Due Institute of Music in Oslo, with Soon-Mi Chung and Peter Herresthal as his main teachers. He has won several national competitions, including the Midgard Competition (2013), the Young Musicians Championships (2014) and the Sparre Olsen Competition (2014).
He has been composing for many years. In recent years, he has taken several lessons with the Norwegian composer Gisle Kverndokk. His first piece OK was premiered in 2009 by the Barratt Dues Children Orchestra in Ås church. When he was twelve, he wrote the chamber opera The Monk, based on his grandmother's libretto. The opera has been performed three times, first in Denmark and twice in Ås. In December 2014, the Engegårdkvartetten performed Michael’s Oktett-sats together with one of his quartets in Ås church. In February 2015, his Ouverture for Fiddle and Orchestra was performed by the Barratt Due Symphony Orchestra at the Norwegian Opera and Ballet, conducted by the Venezuelan conductor Dietrich Paredes.
Michael was soloist with the Bergen Philharmonic Orchestra in April 2015, where he played two movements of his own Viola Concerto. He played one movement with the Norwegian Radio Symphony Orchestra in March and the whole concerto with the Trondheim Symphony Orchestra in April 2016.

Martin Stangebye (b. 1997) has been playing the cello for 12 years. He studies at the Barratt Due Institute of Music in Oslo with Bjørn Solum – principal cellist of the Oslo Philharmonic Orchestra. He has studied with professors Francis Gouton, Nicklas Jones, Jakob Kullberg, Gustavo Tavares, Natalie Clein, Henrik Brendstrup, Jakub Tylman, Thomas Strasil and Aage Kvalbein.
Martin has participated in several international courses and orchestras, including Astona International Summer Academy (Zug, Switzerland), Voksenåsen Summer Academy (Oslo), UpBeat Summer Academy (Brac, Croatia), Valdres Summer Academy (Norway), the Orchestra Norden (Aalborg, Denmark), the Norwegian Youth Orchestra (Elverum) and the German-Scandinavian Youth Philharmonic (Berlin).
His greatest performance to date was in the summer of 2015, when he played as a sectional leader and as a soloist in some of Europe's best concert halls with Joseph Swendsen as a conductor and with soloists like Ray Chen and Guro Kleven Hagen.

Oskar Abel Valand Halvorsen (b. 1998) had his first musical encounters as a performer in the autumn of 2007, when he started playing percussion in a symphonic band, and had his first attempts at the piano in the spring of 2008 with Adràs Hidàs as a teacher. Since the autumn of 2010, he has been studying piano with Einar Rusten, PhD. In 2014 he was admitted to the Young Talents Programme at Barratt Due Institute of Music in the class of Marina Pliassova. He also studies composition with Rune Rebne at the Talent Developing Programme at the Norwegian Academy of Music and with Arnt Håkon Ånesen at the Barratt Due Institute of Music.
As a symphonic band player, he has annually been participating in the first division of the Norwegian National Championship for young symphonic bands from 2011 and, from 2013, also for older symphonic bands. He also played the piano in addition to percussion.
In 2013 Oskar entered the Young Musicians Championships as a pianist and got to the national semi-finals.
Since the Christmas of 2014 he has occasionally been playing percussion and timpani with one of Norway's leading brass bands, Oslofjord Brass. He also participated in the Norwegian Youth Festival of Arts as a pianist, a marimbist and a bass drum player in a drumline in 2010, 2015 and 2016. 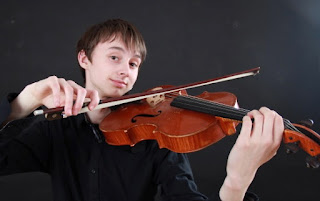 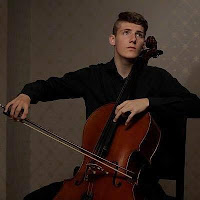 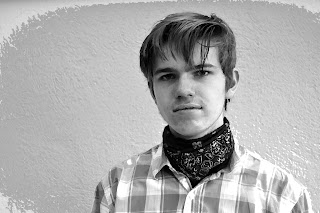