From the End
to the Beginning of Time

Ensemble SILAKBO is comprised of Bulgarian, Portuguese and Filipino musicians as an extended version of the previously formed in Antwerp piano trio with the same name. The name comes from a Filipino word which roughly translates as a sudden outburst of emotion. It describes the nature of this young, multi-national and passionate music ensemble.

Angelina-Ogniana Gotcheva (b. 1992) started playing clarinet at the age of 13. She graduated from the “Lyubomir Pipkov” National School of Music (Sofia) and from the “Prof. Pancho Vladigerov” National Academy of Music (Sofia) in the class of Prof. Borislav Yotsov. From 2013 to 2015, she was an Erasmus Student at Royal Conservatory in Antwerp in the class of Prof. Ivo Lybeert and assist. Raymond Dils. She has also studied with Pascal Moraguès, Chen Halevi, Eli Eban, Evgeni Petrov, Sharon Kam, Luis Lossi, Jean-Luc Votano and others. Additionally, she has participated in master classes of Jörg Widmann, Ralph Manno and Philippe Cuper. Among the festivals she has attended are the Chamber Music Course and Festival Musica Mundi in Belgium (2009, 2010 and 2011), where she worked with Sir Walter Boeykens. She has also participated at the International Summer Academy ISA (Austria, 2013), where she worked with Jiří Hlaváč and the Accademia Chigiana in Siena (Italy, 2017), working with Alessandro Carbonare and David Krakauer.
She has been awarded numerous prizes at national and international competitions such as: Magic (Burgas, Bulgaria, 2011 – first and special prize), Young Musicians Chamber Music Competition in Edirne (Turkey, 2012 – second prize), International Chamber Music Competition in Plovdiv (Bulgaria, 2015 – third prize and special prize in duo with Bogdan Ivanov), Young Virtuosos International Competition (Sofia, 2017 – first prize and two special prizes).
She has been soloist of the New Symphony Orchestra, Classic FM Orchestra, the philharmonic orchestras of Sofia, Vidin and Shumen, the Orchestra of the Royal Conservatory in Antwerp and others. In 2009–11, she was first clarinet in the Sofia Youth Philharmonic Orchestra and, during 2011–15, in the student orchestras of the National Academy of Music (Sofia) and of the Royal Conservatory in Antwerp. During the season 2016/2017, she was an intern at the Sofia Philharmonic Orchestra.
She is featured on recordings at the Bulgarian National Radio. 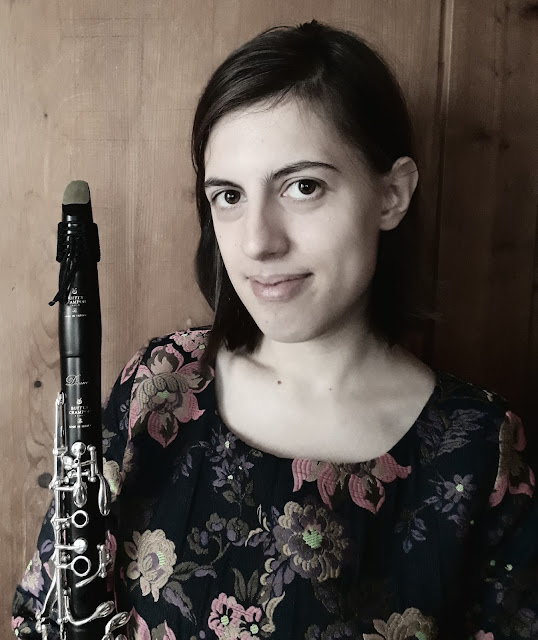 Edgar Gomes (b. 1994) began playing violin at the age of five and entered the Conservatory in Oporto (Portugal) at the age of seven, where he finished his studies at the top of his class. Subsequently, he entered the Oporto High School of Music and Performing Arts, where he graduated with bachelor’s degree. Supported with a full scholarship from the Calouste Gulbenkian Foundation in Lisbon, he is currently studying in a master’s programme at the Royal Conservatory in Antwerp under the mentorship of renowned violinist Tatiana Samouil. He attended the violin master classes by Serguei Kravchenko, Ludovico Tramma, Gerardo Ribeiro, Yuri Nasushkin, Gyula Stuller, Svetlana Makarova, Pavel Vernikov, Bartek Niziol, Massimo Quarta, Gordan Nikolić, Stephan Picard and Midori Goto among others, as well as the chamber music master classes of Raphael Wallfish and Nicolas Dautricourt.
He has participated in several national and international competitions in Portugal, in which he received several prizes, having recently won the “Helena Sá e Costa Prize” in his university and the second prize in the Young Musician Competition with the sFourzato Quartet. He has had concerts in Portugal, Brazil, Sweden, Germany, Belgium and France. He has also participated in the Harmos Festival, which takes place in Brazil and Portugal.
He has played in national and international orchestras from around Europe. His dedication has earned him the position of concertmaster in several of these orchestras, and has connected him with conductors such as Martin André, Pedro Neves, Ivo Venkov, Eduardo García Barrios, Rodolfo Saglimbeni, Stefan Geiger, António Saiote, Johannes Gustavsson and Kurt Masur among others. 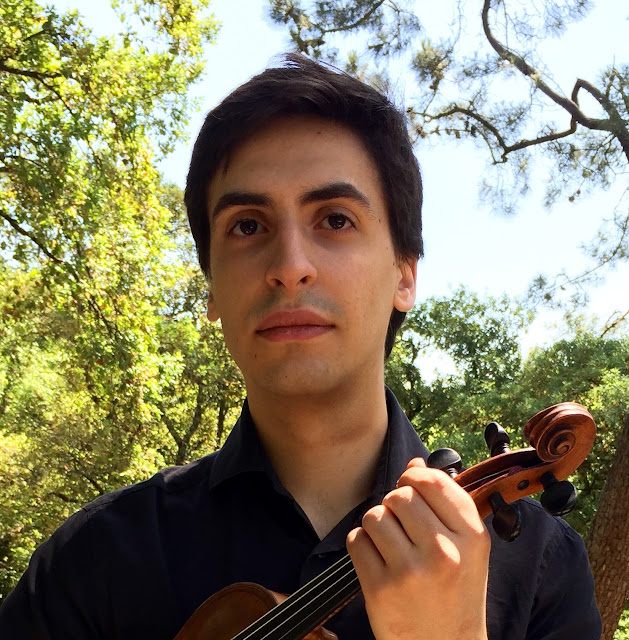 Miguel Nicolas (Mikko) Lee Pablo (b. 1992) began playing the cello in the Philippines at the age of 15 under the guidance of renowned Filipino cellist and pedagogue Amador Tamayo. Three years later, he received a full scholarship to study with Bongshin Ko and Daniel Rothmuller of the Los Angeles Philharmonic Orchestra at the California State University in Fullerton, where he graduated with a bachelor’s degree in cello performance, cum laude. As a student, Mikko has participated in master classes of cellists such as Nathaniel Rosen, Alexander Rudin, Vagram Saradjan, Richard Bamping, Emilio Colón, Petr Prause, Josep Bassal, Julie Albers, Mario de Secondi, Young-Chang Cho, Peter Bruns and Julian Steckel. Currently, he is pursuing a master’s degree with German cellist Justus Grimm at the Royal Conservatory of Antwerp in Belgium.
As a performer, he has participated in several music festivals worldwide, including: 1000 Cellist Festival in Hiroshima (Japan), Philadelphia International Music Festival in Pennsylvania (USA), Summit Music Festival in New York (USA), Roundtop International Music Festival in Texas (USA), Schlern International Music Festival in Bolzano (Italy), International Music Academy in Tignes (France), Aurora Music Festival in Vänesborg (Sweden), Saarburg Music Festival (Germany) and Schleswig-Holstein Music Festival (Germany). He also performed concerts across Germany and Denmark under the batons of conductors such as Christoph Eschenbach and Michael Sanderling.
Mikko Pablo is also one of the two cellists accepted for the 2017–18 season of the Orchestral Academy of the National Orchestra of Belgium and the Royal Theatre of the Mint (the National Opera of Belgium). 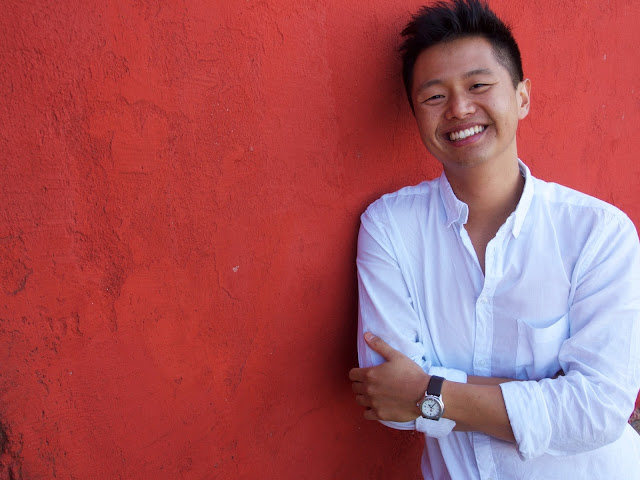 Bogdan Ivanov (b. 1993) graduated from the National School for Music and Dance Arts in Plovdiv (Bulgaria), where he studied in the piano class of Elena Velcheva. He obtained a master’s degree at the “Prof. Pancho Vladigerov” National Academy of Music (Sofia), where he studied in the piano class of Prof. Iovcho Krushev. In 2016–17, he was an Erasmus student at the Royal Conservatory of Music of Antwerp in the class of Eliane Rodrigues. He has also attended the master classes for Daniel Pollack, Johannes Kropfitsch, Miri Yampolsky, Milena Mollova, Stella Dimitrova-Maystorova, Tamara Poddubnaya, Sandu Sandrin and others.
He is a winner of ten national and international music competitions, including the “Dimitar Nenov” International Piano Competition in Razgrad (2014) and the “Liszt – Bartok – Kodaly” International Piano Competition in Sofia (2017). In 2015, he was awarded third prize at the International Chamber Music Competition in Plovdiv for his duo Agitare bene with clarinetist Angelina-Ogniana Gotcheva. In 2016, he was awarded the prize of the “Lyuba Encheva” Foundation.
Over the years, Bogdan Ivanov has given many solo recitals throughout Bulgaria and participated in a number of concerts in Belgium, Germany, Italy, Macedonia and Serbia. He has also appeared as soloist with the philharmonic orchestras of Sofia, Plovdiv, Ruse, Vratsa and Razgrad, as well as with the Academic Symphony Orchestra of the National Academy of Music in Sofia.
Since 2017, he has been teaching piano at the “Lubomir Pipkov” National School of Music in Sofia. As of 2018, he also pursues a PhD at the National Academy of Music in Sofia. 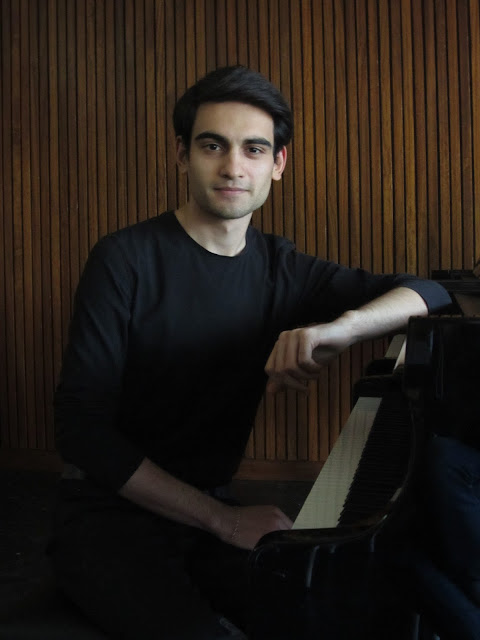