Finnish pianist and composer Aki Rissanen was born in 1980 in Kuopio. Although originally classically trained, he has always had a heart for improvisation and jazz. His studies include classical piano at the Kuopio Conservatory, jazz music and education at the Helsinki Polytechnic School Stadia, jazz and improvised music at the Conservatoire National Superieur de Musique in Paris, private lessons in New York and Cologne as well as jazz piano and composition at the Sibelius Academy Jazz Department in Finland, where he received his master’s degree. His teachers include Jarmo Savolainen, Jukkis Uotila, Kirmo Lintinen, John Taylor, Jim Beard, Anders Jormin, Hervé Sellin, Markku Hyvärinen, Jouni Kuronen, Seppo Kantonen, Frank Carlberg, Pessi Levanto and Mikael Jakobsson.
Rissanen has made several extended stays in Paris, Berlin and New York and is currently based in Helsinki.
He has released five albums under his own name in USA, France and Finland and has recorded with such names as Dave Liebman, Rick Margitza, Tim Hagans, Magnus Broo, Jim Beard, Robin Verheyen and Verneri Pohjola. He has shared the stage with UMO Jazz Orchestra, Dave Liebman, Rick Margitza, Randy Brecker, Mats Gustafsson, Sten Sandell, Ingrid Jensen, Michael Gibbs, Barry Guy, Daniel Humair, Bill Watrous, Jukka Perko, Jukkis Uotila, Eero Koivistoinen and Ulf Krokfors among others.
Rissanen is the leader of Aki Rissanen Trio with Antti Lötjönen (bass) and Teppo Mäkynen (drums) and a side project of this trio, entitled Amorandom featuring Petri Ruikka on visuals. He co-leads the trio Aleatoric with Robin Verheyen (sax) and Markku Ounaskari (drums), the duo with Verheyen, the quartets featuring sax greats Dave Liebman and Rick Margitza, the Frozen Gainsbourg quintet with Mikko Innanen (sax), featuring Emil Strandberg (trumpet), Per Zanussi (bass) and Stefan Pasborg (drums) from Sweden, Norway and Denmark respectively.
With trumpeter Verneri Pohjola, Rissanen has worked over 10 years and is a member of his quartet, which has released two albums for the prestigious ACT Records in Germany. The duo with Pohjola has seen many concerts too. Newer groups include Esa Pietilä’s Liberty Ship, Mikko Hassinen’s Electro GT, Jori Huhtala’s  5 and Pope Puolitaival’s United.
German-born composer Sid Hille wrote a piano concerto Motion for Rissanen in 2012 and the premiere was in the Laulumiehet Concert Hall in Helsinki in October of the same year. Rissanen has participated in Jukka Perko’s orchestral productions Bird Lives! and Perko Plays Simon and Garfunkel. He has also played in an orchestral work by Heikki Sarmanto.
Rissanen has been distinguished with both national and international prizes, and has performed in most European countries, the USA, China and North Africa. He has taught jazz music in the Sibelius Academy, Helsinki, the Helsinki Polytechnic School Stadia, in several summer camps and has given private lessons. He has received one-year artist grants from the Finnish Cultural Foundation in 2009 and 2012 respectively. 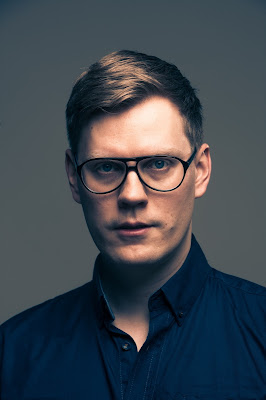 Dimitar Karamfilov was born in Stara Zagora (Bulgaria) in 1981. When he was three years old, his family moved to Ruse (Bulgaria). His parents noticed his music talent and Dimitar received his first violin (1/8 size) when he was four. Two years later the family moved again, this time to Sofia, where he continued his music lessons. In 1995 he entered the “Lyubomir Pipkov" National School of Music majoring in viola. It was in his teenage years that he first heard blues and jazz performers such as Ray Charles, B. B. King, Oscar Peterson, Chick Corea, who provoked his interest in jazz and improvisation that turned to real passion. That's why Karamfilov switched to bass guitar upon entering the "Pancho Vladigerov" National Academy of Music. He obtained his bachelor’s degree in 2006, and two years later he graduated in composition and double bass.
He first performed on the jazz scene in Sofia in the very beginning of his student years. In 2002 he attended the master class of Milcho Leviev, one of the most prominent Bulgarian jazz musicians, who later hired him as an accompanying bassist at his master classes.
In 2004, he was invited to join the Music Caravan project that took place in Berlin. The project got together 17 musicians from Bulgaria, Denmark, Finland, France, Germany, Italy, Serbia, Spain, Sweden, Turkey, Russia and the USA. The aim of the project was first to create music exchange and make up a programme based on folk music of different countries and then to make a studio recording and live performances on several stages in Berlin. The project turned out so successful that the next year a one-month European tour was organised.
Dimitar Karamfilov has appeared at almost all jazz festivals in Bulgaria, performing with all prominent Bulgarian jazz musicians. He has recorded both for the Bulgarian National Radio and the Bulgarian National Television. Currently he works as a freelance musician. 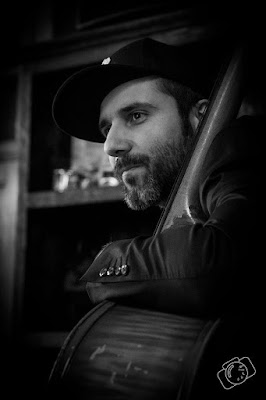 Atanas Popov was born in Sofia in 1977. He began his musical education at the Children's School of Music at the “Lyubomir Pipkov" National School of Music (Sofia), where he continued his studies in the percussion classes of Prof. Dobri Paliev, Maria Palieva and Marina Mindova. He graduated from the "Pancho Vladigerov" National Academy of Music in the percussion class of Prof. Hristo Yotzov in the Department of Pop and Jazz Music, then he studied in the Jazz Department of the Prince Claus Conservatoire in Groningen (the Netherlands) with Ralph Peterson, Owen Hart Jr., David Burkman, Conrad Herwig, Brian Lynch, Dena DeRose, Don Braden and Joris Teepe.
In the period 2002 - 2006, he performed at various venues in the Netherlands and other countries with his teachers, as well as with jazz ensembles, such as Sibuly, Mogambo, Katarkestra, Los Bomberos, Brown Sugar and others.
Atanas Popov has participated in numerous jazz festivals in Germany, Italy, Serbia and Austria, as well as the Bulgarian jazz scene in Bansko, Smolyan, Sozopol (the Apolonia Festival), Stara Zagora and others. He has performed with eminent Bulgarian jazz musicians, such as Antoni Donchev, Georgi Donchev, Theodosii Spassov, Shibil Benev, Peter Momchev, Dimitar Liolev, Vasil Spassov, Militsa Gladnishka, Ventsislav Blagoev, Dimitar Bodurov, Rosen Zahariev, Vasil Parmakov, Mihail Yosifov, Velislav Stoyanov, Milen Kukosharov and others. Since 2010, he has been playing in the band Kottarashky & the Rain Dogs, with which he has participated in over 25 European festivals. 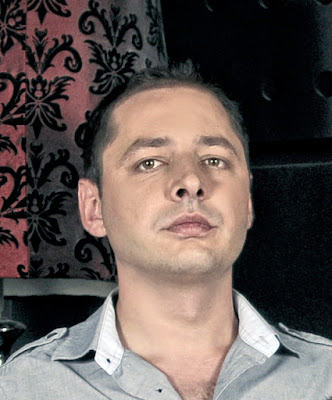