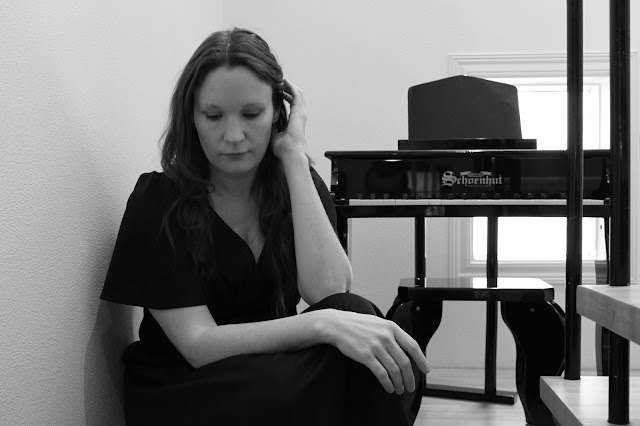 Steingrímur Rohloff (b. 1971, Germany/Iceland):
Ikarus for piano and electronics (2003) *
[written for Tinna Þorsteinsdóttir]

Tinna Þorsteinsdóttir (Thorsteinsdóttir) studied in Hannover and Münster in Germany before taking on further studies at the New England Conservatory of Music in Boston with Stephen Drury. She has participated in several courses and had private lessons with pianists such as Yvonne Loriod-Messiaen, Peter Hill, Håkon Austbø and Pierre Réach. She received a Fulbright scholarship and the Thor Thors grant from the American-Scandinavian Foundation.
Tinna Þorsteinsdóttir has broad experience with new music and has premiered 70 piano works written especially for her in the last decade. She works on a regular basis with many Icelandic composers, is active in the Icelandic experimental music scene and has worked with composers such as Helmut Lachenmann, Morton Subotnick, Christian Wolff and Alvin Lucier.
Educated as a classical pianist she plays all the different styles of the piano repertoire, although 21st century music is her main passion. Prepared piano, electronics, toy piano and theatre pieces often show up in her programmes. In recent years she has been active as a performance artist, making soundscapes and installations. She is also an active improviser.
Her first solo CD Granit Games with Icelandic piano music was released in 2007 with Bad Taste Records.
Tinna Þorsteinsdóttir has given solo recitals at the Bergen International Festival in Norway in the Young Platform series at the Edvard Grieg Museum Troldhaugen, Reykjavík Arts Festival, Autunno Musicale Music Festival in Capua (Italy), Nordischer Klang Festival in Greifswald (Germany), Foundling Museum in London, The Chinese University in Hong Kong, GL Strand Museum in Copenhagen, Summit Club in Beijing and the Nordic Embassies in Berlin. Other performances include solo performances at the World Expo 2010 in Shanghai, where she performed on the special Iceland Day at the official opening ceremony at Expo Centre, hosted by the President of Iceland and again at the Icelandic Pavilion, the Messiaen Festival in Stavanger (Norway), in Portugal, Austria, Boston and Paris and a duo performance at the Bang on a Can Marathon in San Francisco.
In 2013 she was awarded the Culture Prize for music of the Dagblaðið Vísir newspaper (Iceland).
Most recently she created the large-scale performance piece Bylta, with glass blowing and soundscape, with visual artist Alli Hoag, which was premiered at Corning Museum of Glass, NY in 2015. She also plays one of the main roles in the new opera UR_ by Anna Thorvaldsdóttir, which had its premiere in Theater Trier, Germany 2015. 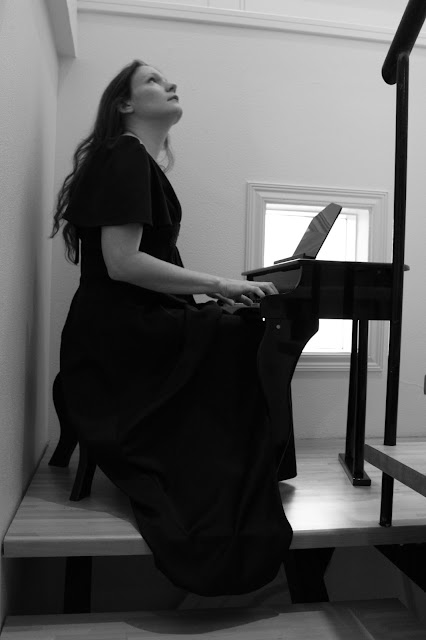