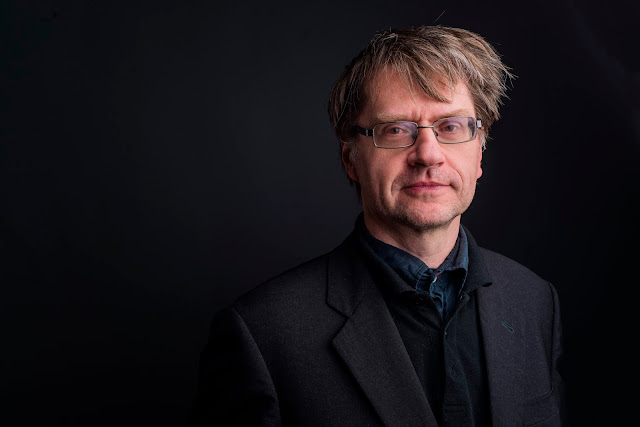 
Gábor Csalog was born in 1960 in Budapest (Hungary). At the age of 11, he gained admission to the “Ferenc Liszt” Academy of Music in the Faculty of Special Talents. Among his teachers were famous musicians such as Dezső Ránki, András Schiff, György Kurtág and Zoltán Kocsis. After graduating from the Academy of Music he continued his studies in the United States at the University of Indiana with György Sebők and for two years he was also Mr. Sebők’s assistant.
Gábor Csalog established a relationship with several Hungarian composers, which has resulted in numerous premieres and works being dedicated to him. He has a very close professional relationship with György Kurtág, with whom he has worked since 1980. Since 2000, Csalog has been Gyorgy Ligeti's artist of choice to perform his piano works in Hungary, and was in close personal contact with the composer until his death in 2006.
Csalog is well known for his unique programmes and extremely wide repertory, which ranges from rarities by Baroque composers through various Romantic-era composers to contemporary music. It is likewise characteristic of Csalog’s paying that his interpretation throws new light upon often heard pieces like Johann Sebastian Bach’s The Art of the Fugue or the late pieces of Ludwig van Beethoven.
Apart from his recitals and chamber music concerts in Hungary he has been guest-performing in nearly every European country and in the United States. He has played with Miklós Perényi, Heinz Holligerrel, Boris Pergamenchikov and András Keller. Besides gaining the highest critical acknowledgement, Csalog has a core audience which follows him from concert to concert. He has a regular program at the Budapest Music Centre, the so called “Csalog Sundays” at which he appears either as soloist, chamber performer (with invited musicians), or as composer.
For many years Gábor Csalog taught piano at the “Béla Bartók” Conservatory of Music (Budapest) and since 2001 he is professor of chamber music at the “Ferenc Liszt” Academy of Music. Besides teaching, he is known for a series of special Kurtág-courses, in collaboration with the composer himself. In 2008, he established the Ludium Ensemble – a group of young performers playing the music of Kurtág having the authentic source and actual connection with him.
Gábor Csalog is also the editor of Frédéric Chopin’s complete works published by Könemann Music Budapest.
In 2003, he was awarded the “Ferenc Liszt” Prize.
Among his more important recordings are the complete Chopin’s mazurkas (Hungaroton), Schubert’s piano works (BMC), the etudes of Liszt and Ligeti (BMC) and the Games by Kurtág (BMC). A recording of a selection of Csalog’s concert performances, including Beethoven's Sonatas Op. 110 and Op. 111 is currently in progress.