Ejnar Kanding (b. 1965) is internationally known for his unique colourful sound, where the electronic and acoustic are united in complex textures, physical energy and delicate simplicity. To him, music should not embellish, but be a realm of fantasy. He originally got his degree in composition and musical theory at The Royal Danish Academy of Music in Copenhagen in 1993, followed by studies at IRCAM in Paris and with Prof. Lev Koblyakov in Jerusalem in 1994 and 1995, but has since his debut concert from the Royal Danish Academy of Music in 1996 specialised in composing music for computer and instruments. This has led to an extensive use of the software MaxMSP in the development of his works and as an instrument in live performances. Despite this obsession, his focus is never the electronic experiment, but always the musical expression, form and phrase.
The way Kanding uses the digital mixing console and MaxMSP as an instrument is pioneering the new role for musicians, known as live electronics or sound direction. His virtuosity in this field has led to numerous performances of own works or others of both improvised and written music with various groups, for example works by Saariaho, Nono and Stockhausen; and ensembles as Cikada, Ars Nova, Jack Quartet, Transit Ensemble and Adpater. As artistic director and executive sound director in ensemble Contemporánea, he has travelled around the world. The ensemble specializes in smooth and distinguished performance of works involving live electronics. In his capacity to lead Contemporánea and being chairman of the electroacoustic concert series EarUnit, Kanding has commissioned and premiered many works by Danish and foreign composers. 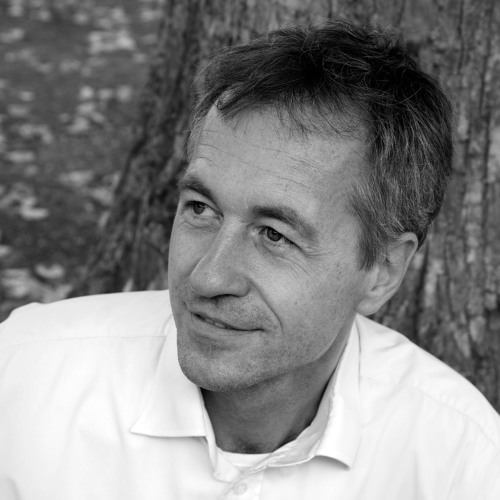 The internationally renowned double bassist, singer, performance artist and interdisciplinary collaborator Irina-Kalina Goudeva was born in Sofia (Bulgaria), and since 1990 she has lived in Denmark and Switzerland. She studied double bass with Prof. Todor Toshev at the Sofia State Conservatory (currently “Prof. Pancho Vladigerov” National Academy of Music) and with Franco Petracchi at the Geneva Conservatory of Music (receiving the First Virtuoso Prize in 1993).
While pursuing her activities as a principal player in different orchestras such as Sinfonietta de Lausanne, Neuchâtel Chamber Orchestra and the Orchestra of the Royal Danish Theatre, she also found great inspiration in performing chamber music. She has collaborated with many ensembles including Ensemble 415, Swiss Consort, Kordepan, Ensemble Midtwest, Esbjerg Ensemble, Danish Chamber Players, Musica Vitae in Växjö and others.
Eclectic by nature, she experiments with crossovers between different genres of music. Her repertoire spans over music from the Renaissance and Baroque to modern tango, jazz and electroacoustic music. She often uses her contralto voice as an integral part of her performance, adding a new musical and theatrical dimension to her art. Her passion for contemporary music has resulted in collaboration with renowned composers/conductors including Pierre Boulez, György Kurtág, Helmut Lachenmann, Heinz Holliger, Emilio Pomarico, Pierre-André Valade, as well as ensembles such as Contrechamps, Athelas Sinfonietta, Ars Nova and Ensemble Modern.
Irina-Kalina Goudeva’s love for theatre and drama led her to the creation of a number of multimedia performances, such as Lavarayaha, The Seventh Woman, Landscapes, Vodosvet, Oración Del Fuego and Recomenzar el infinito.
She has performed as a soloist and chamber musician in Europe, Scandinavia, South America, Cuba, Australia and the USA and was awarded several prizes at international and national competitions.
Irina-Kalina Goudeva has been collaborating with a large number of composers, the majority of whom have written pieces for her, totalling over 35 works. She has recorded CDs with numerous labels including Dacapo, Wilhelm & Hansen, Kadima Collective, Gallo & Fidesson and others. 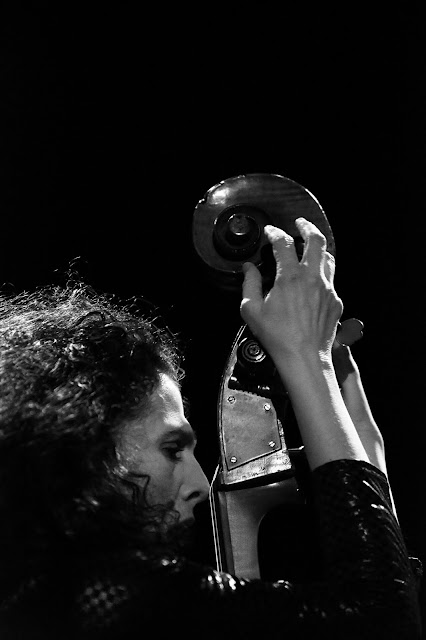